Thailand will consider a recommendation from an airline tycoon to reduce the steps required for international entry, by doing away the second COVID-19 test, currently required on the fifth day after arrival.

Anutin said that he has asked the Department of  Disease Control (DDC) to consider the idea, as they are concerned with the safety of the people.

AirAsia also claimed that many tourists, such as those from Malaysia and Singapore, are interested in coming to Thailand, but are discouraged by the onerous procedures involved.

Anutin admitted that they cause inconvenience for foreign travellers, but he thinks there should be a balance between reviving the economy and the safety of the people.

Regarding the increasing number of new COVID-19 infections, Anutin said that the careful management of hospital beds and medical supplies is necessary.

He added that the ministry is focusing on home isolation, so there will still be enough beds for severe cases.

Anutin also mentioned that there will be a need to increase preventive measures, to reduce the number of new infections, such as speeding up vaccinations, particularly booster shots.

Meanwhile, DDC Director-General Dr. Opart Karnkawinpong said that the Thailand is still able to accommodate patients, whether it is the availability of hospital beds or medications.

Although new infections are increasing, he said that the numbers of new fatalities and severe cases have decreased. 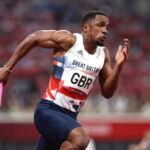 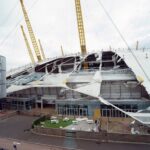 WATCH as parts of London’s O2 Arena roof ripped off