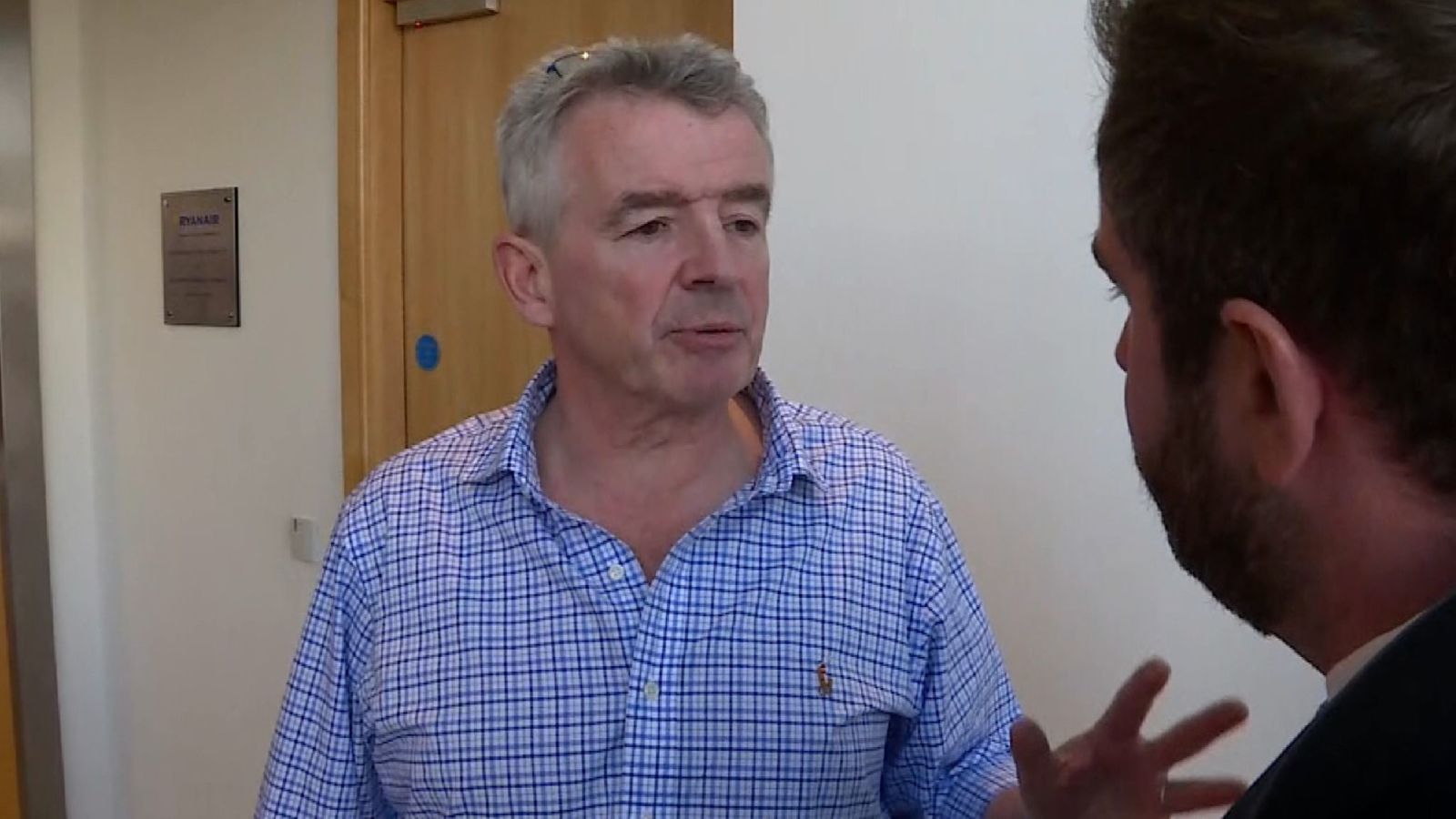 Ryanair boss Michael O’Leary has apologized for the inconvenience caused by a pilot rota blunder which has left hundreds of thousands of passengers unsure whether their flights will take off.

The budget airline conceded it had “messed up” the planning of pilot holidays and also blamed the cancellations on a backlog of crew leave, air traffic control strikes and weather disruptions. It estimated a bill of €25m (£22.1m) from compensation and lost fares.

The no-frills carrier plans to cancel up to 50 flights a day over the next six weeks. There are lists of cancellations on its website. Ryanair said on Friday that the move to cut 2% of all scheduled flights would improve punctuality, which fell below 80% in the first two weeks of September and give passengers certainty.

“We sincerely apologize,” Mr. O’Leary told Sky News, adding: “It is clearly a mess, but in the context of an operation where we operate nearly 2,500 flights every day it is reasonably small. “But that doesn’t in any way take away the inconvenience we have caused to people whose flights have been canceled.”

The chief executive later told a news conference the flights to be scrapped up to the end of next month would mainly fall on routes which had multiple daily services.
Mr. O’Leary explained that it had taken time to identify those services as it had given priority to communicating with passengers due to travel in the short term – up to this Wednesday – first.

The action has affected hundreds of thousands of passengers, who have complained of being left stranded and of their holiday plans going “up in smoke”. One bride-to-be tweeted: “#ryanaircancellations I’m really worried we fly out in two weeks to get married to 30 guests. No clue if our flight will be canceled.”

The defrocked monk was arrested for the purchase of marijuana