Police have arrested a woman for smuggling more than 36,000 yaba, or methamphetamine, pills onto Phuket after a sting operation on Saturday.

The huge drug haul followed a string of arrests, which began last Tuesday, Phuket Provincial Police Commander Maj. Gen. Teeraphol Thipjaroen revealed at a press conference yesterday. The arrests began with that of Phuket native Eakkachai Suanya, 36, last Tuesday. He was found in possession of 70 grams of ya ice, or crystal meth, and charged with possession of Category 1 drugs with intent to sell. The suspect confessed that he bought the ya ice from Somying Pungern, 40. She is the wife of Eakkachai Emyuden, who was arrested in August with more than 8,800 yaba pills.

Police then set up a sting operation to buy 400 yaba pills from Somying, who said that the pills had not yet arrived in Phuket – but by 8 pm on Friday, however, Somying contacted police via Line to inform them that the drugs had arrived. Somying dispatched Sakorn Soithong, 47, from Trang, to deliver the 400 pills to an address at the National Housing Authority estate on the east side of Phuket Town, on Saturday, where police duly placed her under arrest at 2 pm.

Police conducted a search of Sakorn’s room, also in the same housing estate, and found 36,000 more yaba pills and two mobile phones inside a shoe cabinet. Sakorn confessed that Somying had asked her to deliver 36,000 yaba pills from Trang to Phuket and hold on to them for local deliveries on the island.

Sakorn fetched the drug delivery from Trang on Friday and was paid THB5,000 for her trouble, he added. Sakorn was charged with possession of Category 1 drugs with intent to sell. Police are now searching for Somying. 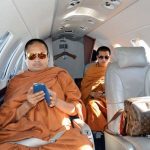 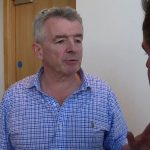