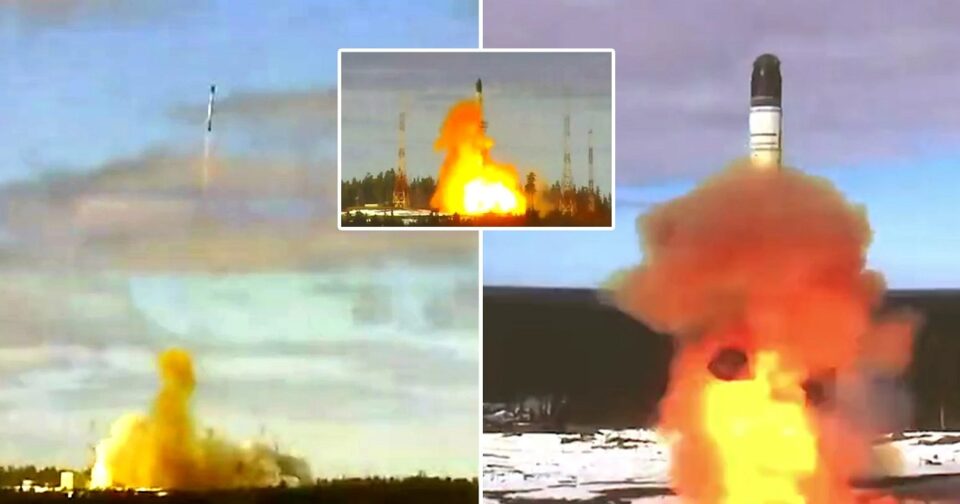 Russia has tested a new intercontinental ballistic missile capable of striking Europe and the US.

Vladimir Putin said the successful flight of the rocket, nicknamed ‘Satan II’ in the West, would send a message to the rest of the world.

The RS-28 Sarmat has been in development for several years and is intended as an upgrade to the Kremlin’s current Cold War-era delivery method.

It can reportedly carry a 10-ton payload, including nukes, and target multiple locations at once.

In a statement via state media, the Russian government said it was the the first in a programme of planned tests.

Mr Putin said in televised remarks: ‘The new complex has the highest tactical and technical characteristics and is capable of overcoming all modern means of anti-missile defence.

‘It has no analogues in the world and won’t have for a long time to come.

‘This truly unique weapon will strengthen the combat potential of our armed forces, reliably ensure Russia’s security from external threats and provide food for thought for those who, in the heat of frenzied aggressive rhetoric, try to threaten our country.’

According to the Centre for Strategic and International Studies, the missile is capable of being armed with nuclear warheads.

Its expert analysis of the weapon read: ‘The missile is 35.3 meters long and 3 meters in diameter.

‘Designated a “heavy” ICBM, the Sarmat can carry a 10 ton payload and can load a wide variety of warhead options.

‘According to Russian media, Sarmat can reportedly load up to 10 large warheads, 16 smaller ones, a combination of warheads and countermeasures, or hypersonic boost-glide vehicles.’

The defence ministry said ‘the new missile is capable of hitting targets at long ranges using various flight paths’ and ‘has unique characteristics that allow it to reliably overcome any existing and future anti-missile defence systems’.

It has been reported it could utilise a flight path over the South Pole to avoid defence systems, though this has not been confirmed.

The missile was launched from Plesetsk Cosmodrome in Arkhangelsk.

‘Training warheads’ used in the test landed ‘in a given area at the Kura training ground on the Kamchatka Peninsula’, according to state media.

News of the test will not come as a surprise to Western governments, which have been monitoring the development of the weapon for several years.

The Pentagon said it was notified of the test in advance and considered it ‘routine’.

It was first tested in 2016 and a recent report published by the US Congressional Research Service said it is expected to be ready this year.

They system will replace the R-36 missile, which was first developed in the 1960s and has gone through various guises since.

Nato dubbed earlier versions of the weapon Satan, hence some commentators have referred to the new version as Satan II. 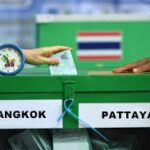 Pattaya looking forward to 70% turn out 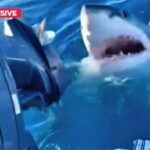 Family hunted by great white shark for over an hour