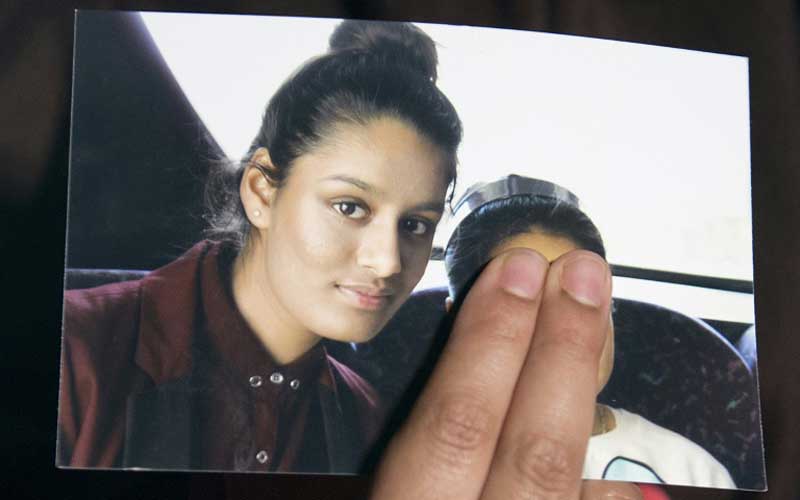 The baby son of Shamima Begum, a British-born teenager who left London to join the Islamic State group, has died in Syria, the US-backed Syrian Democratic Forces has said.

Begum, 19, who was stripped of her citizenship by the British government despite her wish to return, gave birth last month in a refugee camp in northeastern Syria.

The baby died of pneumonia, according to a medical certificate, the BBC reported Friday.

Begum had previously given birth to two other children who are said to have died, apparently from illness and malnutrition.

SDF spokesman Mustefa Bali confirmed the death to AFP late Friday but declined to specify how or when it happened. He had previously denied the baby had died in a Twitter post that has since been deleted.

Her case has highlighted a dilemma facing many European countries, divided over whether to allow jihadists and IS sympathisers home to face prosecution or bar them from entry as the jihadists’ “caliphate” crumbles.

The runaway teen, who left east London for Syria when she was 15 years old with two other schoolgirls, said last month she wanted to return to Britain after fleeing fighting between the terror group and US-backed forces.

At the time, Ms Begum told the BBC: “Losing my children the way I lost them, I don’t want to lose this baby as well and this is really not a place to raise children, this camp.”

But British public sentiment hardened against Begum, who showed little remorse about IS attacks when she spoke to journalists at the refugee camp.

Home Secretary Sajid Javid revoked her citizenship, deeming her a security risk, although the government had hinted her newborn son could be treated differently.

“It is against international law to make someone stateless, and now an innocent child has died as a result of a British woman being stripped of her citizenship,” she tweeted.

British law states that the government cannot strip a person’s citizenship if that would make the person stateless, although the interior minister may do so if there are “reasonable grounds” to believe they can become a citizen of another country.

It was reported that she could be eligible for Bangladeshi citizenship, but Dhaka said there was “no question” of her being allowed to enter the country.

Javid has previously said that more than 100 individuals had already been deprived of their British citizenship.

Last month he told British lawmakers: “Children should not suffer, so if a parent does lose their British citizenship it does not affect the rights of their child.”

Aid group Save the Children called reports of the baby’s death “incredibly sad” and urged Britain and other countries to “take responsibility” for their citizens in Syria.

“It is possible the death of this baby boy and others could have been avoided,” said the group’s Syria response director, Sonia Khush. “All children associated with (IS) are victims of the conflict and must be treated as such.”

A mass exodus from the jihadists’ last redoubt in eastern Syria has sparked a humanitarian emergency, as the SDF leads an offensive to smash the last remnants of the IS territory.

The International Rescue Committee on Friday said that 12,000 women and children had arrived at the Kurdish-run Al-Hol camp since Wednesday.

Since December, at least 100 people have died en route to the camp or shortly after arriving, mostly children under five, the IRC said. 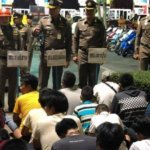