RS has unveiled a “Beyond the Limit” concept for 2018, when it aims to earn Bt5.3 billion in revenues, a record high for the entertainment-lifestyle company.

RS chief executive Surachai Chetchotisak said this week its health-and-beauty business was doing better than its media business, and Life Star is using a “Product Champion” strategy to highlight the best products. Channel 8 will proceed with a “Primetime Focus” strategy, attracting viewers in primetime with premier Thai and overseas content. In music the strategy is called “Artist Centric” and a new logo for R Siam is to be unveiled on Friday (December 1). Music marketing would continue to be the focus, Surachai said. Surachai expressed confidence in the government’s forecast that the Thai economy in 2018 will grow thanks to several supporting factors, such as government investment in mega-projects, expansion in in tourism and exports, and stimulus strategies such as the “Shopping for the Nation” campaign. Meanwhile, the political situation is now steady, resulting in higher purchasing power. Advertising is picking up.

“For 2018, RS has carefully crafted its strategies and expects that its performance will improve significantly,” Surachai said. The company will tackle new business opportunities based on its existing flagship businesses such as Life Star, Channel 8, Cool, music and satellite TV. “RS believes that 2018 will be an exciting and challenging year, with many turning points for the company, thanks to its health and beauty business’ record-breaking growth. It reaches a new high every month, with a higher margin than competitors.” Total revenue for 2018 is expected to reach Bt5.3 billion, the highest in the company’s history. Of that, 47 per cent will be from health and beauty, 46 per cent from media, 5 per cent from music and 2 per cent from events.  Source: Asia Nation 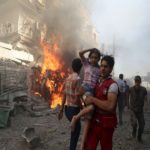 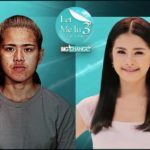