Home » Rayong granny gets back Bt117,000 in dumped termite-damaged banknotes

A grandmother in Rayong’s Mueang district on Tuesday got Bt117,000-worth of banknotes that had been partially eaten by termites back from police, a week after she had dumped them in a garbage bin.

Chaluay Saetiaw, 83, was taken by her grandson, Wasant Boon-anukul 49, to Mueang Rayong police station to retrieve the damaged banknotes at 10am.

Pol Lt-Colonel Yutthachai Phorung, inspector at the station, handed the cash back to the woman.

The event was witnessed by Ratchada Chuenchob, assistant manager of the Bank of Thailand’s Rayong branch, who offered to exchange the damaged notes for new ones for the elderly lady.

However, her grandson declined the offer, saying he would use the services of Kasikornbank near their home in order to replace the notes.

The banknotes were found in a garbage bin in front of Thessaban 1 Market in Mueang district on July 26 by Atchara Kanokpatcharakul, who handed the cash in to the police.

The granny said she had been keeping Bt170,000 from lottery-ticket sales in a wooden cabinet at home.

On July 24, she checked the cabinet and found that it had partially eaten away by termites, which had also eaten through parts of the banknotes.

She said she had then selected Bt60,000 worth of slightly damaged notes and exchanged them at the local Kasikiornbank branch, but had dumped the rest, thinking they were too damaged.

However, to her relief, she was later contacted by police, who informed her that the damaged money had been turned in and could be exchanged for new notes. 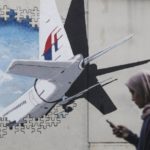 Air traffic controllers for MH370 in KL and Saigon did not follow SOPs, says safety probe 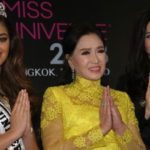 Breaking news : Miss Universe 2018 to be held in Thailand