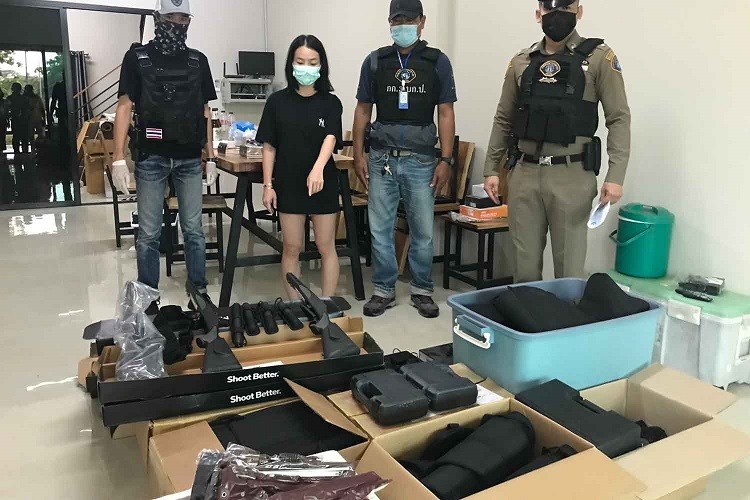 The operation was a follow-up to a CSD operation in 2020 in Chiang Rai and Nong Khai provinces, when  alleged gun traders and people with large numbers of guns in their possession were arrested.

Many of the guns seized in the operation were originally issued by the government with proper registration papers to officials under welfare programmes in Chon Buri’s Si Racha district and Kanchanaburi’s Sai Yok district.

According to Pol Lt Gen Jirapob, Mr Danupol had connections with officials, defence volunteers and members of drug suppression teams. He used their identification cards to file a request in their names with the district office for official permits to buy guns under government welfare programmes.

With the official permits in hand, guns were issued to them with proper registration. With the help of corrupt officials in Si Racha and Sai Yok districts, Mr Danupol collected the guns and supplied them to buyers in Myanmar.

In 2018, the Provincial Administration Department set up a panel to investigate Mr Danupol, who was then an assistant village chief in tambon Samaesarn of Chon Buri’s Sattahip district, for allegedly using falsified documents to buy government guns under welfare programmes.

He was once arrested by Chon Buri police with 46 rifles in his possession – all with official Por 4 documents allowing possession of the weapons, Pol Lt Gen Jirapob said. He released no other information.

Crime Suppression Division police with weapons found in a house in Chon Buri’s Sattahip district during a raid on Monday morning. (Photo supplied) 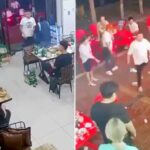 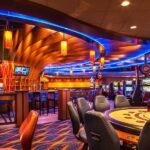