Home » How Did Radiation Affect the ‘Liquidators’ of the Chernobyl Nuclear Meltdown?

The 1986 nuclear power plant explosion in Chernobyl hurled huge amounts of radioactive material into the air. In the minutes to years that followed, around 530,000 recovery operation workers, such as firefighters, called “liquidators,” went in to put out the fires and clean up the toxic mess.

These liquidators, who worked between 1987 and 1990, were exposed to high levels of radiation, on average around 120 millisievert (mSv), according to the World Health Organization. That’s over a thousand times more powerful than a typical chest X-ray, which delivers 0.1 mSv of radiation. And some of the very first responders were exposed to levels astronomically higher than that.

So, what happens to the human body when exposed to such high levels of radiation?

It’s like walking into a giant, powerful X-ray machine shooting radiation everywhere, said Dr. Lewis Nelson, chairman of emergency medicine at Rutgers New Jersey Medical School. Except, in this case, most of the radiation consisted of an even more damaging type of radiation than X-rays, called gamma-rays. This radiation, as it passes through the Human body, is ionizing.

This means that it removes electrons from atoms in the body’s molecules, breaking chemical bonds and damaging tissues. Very high levels of ionizing radiation cause “radiation sickness.”

At Chernobyl, 134 liquidators quickly developed radiation sickness, and 28 of them died from it. These people were exposed to radiation levels as high as 8,000 to 16,000 mSv, or the equivalent of 80,000 to 160,000 chest X-rays, according to the World Health Organization.

Radiation sickness mostly manifests in the gastrointestinal tract and the bone marrow, Nelson said. Those areas have rapidly dividing cells, which means that instead of being tightly coiled and a little more protected, the DNA is unraveled so that it can be copied. That makes it more susceptible to the radiation (this is also why radiation therapy works to target cancer cells, which also rapidly divide).

Within a couple of hours of the exposure, people with radiation sickness develop symptoms such as diarrhea and vomiting, Nelson said. When cells cannot properly divide, the mucosa or tissue lining of the GI tract also break downs, releasing cells and the bacteria that live in the gut (including in the stool) into the bloodstream.

This would make even a healthy person sick, Nelson said. But because the radiation is also stopping the bone marrow from producing infection-fighting white blood cells, the body can’t fight those infections. People who have radiation sickness therefore have a weakened immune system and frequently die of blood poisoning, or sepsis, within a couple of days, he said.

High levels of radiation can also cause burns and blisters on the skin, which show up minutes to a few hours after the exposure and look just like a sunburn, Nelson said.

While the GI-tract symptoms and burns happen almost immediately to a couple of hours after exposure to the radiation, the bone marrow survives for a couple of days. This means there is a latency period, when the person might even seem to improve, before showing symptoms of sepsis.

The people who survived radiation sickness from Chernobyl took years to recover, and many of them developed cataracts because the radiation damaged the eye lenses, according to the World Health Organization.

Lower exposures
But much of the health focus around Chernobyl survivors has focused on the long-term consequences of the radiation exposure in these areas. The main consequence, for them, is an elevated risk of cancer.

“But remember, the cancer risk is something you see 10 years down the road, so you have to live for 10 more years in order to see [that],” Nelson said. So the cancer risk is generally more of a concern for those who survived Chernobyl but were exposed to lower levels of radiation.

The data on this risk is murky, with very approximate numbers, but it is estimated that 270,000 people in the Ukraine, Russia and Belarus who wouldn’t have otherwise developed cancers did develop these illnesses. This mainly manifested as thyroid cancer, directly caused by radioactive particles of iodine-131 released by the explosion.

The thyroid needs iodine in order to produce hormones that regulate our metabolism. But if it doesn’t have enough of the healthy, nonradioactive iodine found in many foods, it absorbs the radioactive iodine, and this can eventually lead to thyroid cancer.

This is why in the HBO series “Chernobyl,” people take iodine pills; filling those stores of iodine in the thyroid prevents it from absorbing the radioactive iodine. These radioactive particles, which also include others such as cesium-137 enter the body through contact with the skin or through the mouth and nose. In Chernobyl, these particles were thrown into the air, carried by winds and later fell back down in surrounding areas, contaminated crops and water, and the people who ate them. 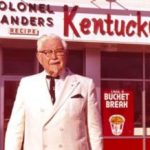 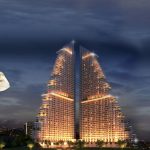