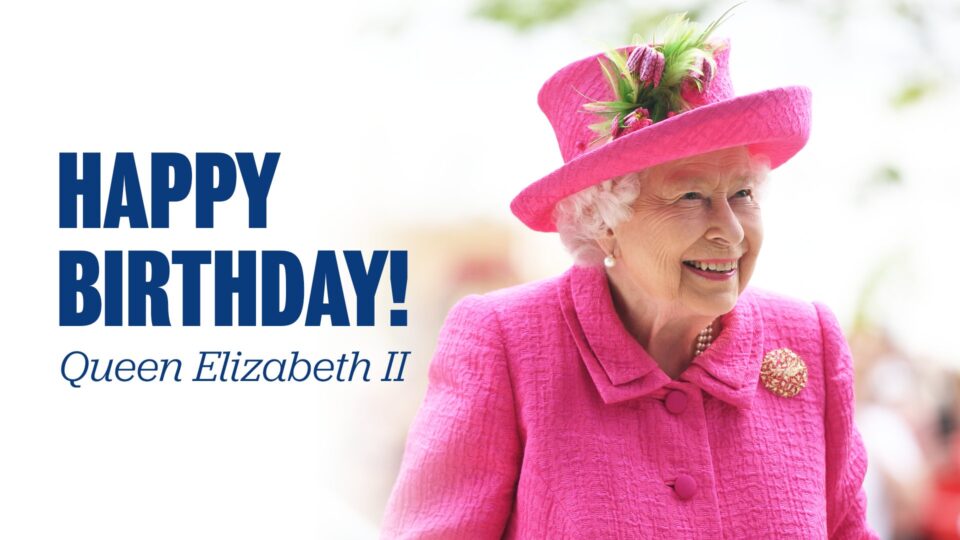 If there’s one thing the Queen is well known for, it’s her infectious smile and great sense of humour.

Being the head of state for 15 countries is a big responsibility, but that hasn’t stopped her from cracking jokes with the world’s most important and influential figures.

Far from the British stereotype of emotional repression, the Queen has become more and more comfortable showing her feelings and expressing herself in her old age.

She is often seen laughing and smiling at public events and has shed tears at sombre occasions such as Remembrance Day services.

Even after losing her husband of 73 years, Prince Philip, in April last year, the Queen has still been her jolly and smiley self at public engagements.

Royal commentators have suggested that despite her being devastated by his passing, the Duke of Edinburgh still would have wanted her to enjoy life to the fullest.

As the monarch celebrates her 96th birthday today, here’s a look back at some of her best quips and jokes over her 70 year reign.

The Queen had former US president Ronald Reagan in stitches with a joke about the weather in San Francisco.

During a state dinner in 1983, the monarch said she knew that the Puritans had brought a lot of customs from her country to the New World with them.

But after encountering lots and lots of rain during her time in California, she said she had no idea why they’d also brought over the rotten weather.

The Queen looked so proud of her grandson as she watched him be commissioned as an Army officer in April 2006.

Prince Harry, then 21, was inspected by his grandmother among other soldiers at their passing-out ceremony at the Royal Military Academy in Sandhurst.

When the Queen came round to him and looked him in the eye, the Duke of Sussex couldn’t help but show a big grin.

Harry served two tours of Afghanistan and achieved the rank of captain during his 10 years in the British Army.

George W. Bush accidentally adds 200 years to Queen’s age – but she has the last laugh

During her 2007 trip to the US, the Queen gave George W. Bush a gentle ribbing for accidentally adding 200 years to her age.

Greeting her on the White House lawn, the then-president initially said the Queen had helped celebrate the US 200th anniversary in 1776, instead of 1976.

Realising that he’d messed up, he winked at the monarch and then told dignitaries: ‘She gave me a look that only a mother could give a child.’

But the Queen got the last laugh on the last night of her trip, as she gave a toast to the president during a dinner at his Washington home.

She grinned as the told guests: ‘I wondered whether I should start this toast by saying, “When I was here in 1776…”‘

In his own speech, the president responded: ‘Your Majesty, I can’t top that one.’

The Queen was a natural as she took part in a sketch with James Bond actor Daniel Craig for the opening of the 2012 Olympics in London.

She meets 007 at Buckingham Palace, escorts him to a helicopter and then flies to the Olympic stadium, where the pair parachute down.

Okay – the bit with the helicopter was done by stuntman Gary Connery, but the Queen still had a lots of fun with the skit.

Craig says the monarch was calmer than him during their performance and even improvised some of her own acting.

In her memoir, ‘The Other Side of the Coin: The Queen, the Dresser and the Wardrobe’, dressmaker Angela Kelly wrote: ‘I asked then if she would like a speaking part.

‘Without hesitation, Her Majesty replied: “Of course I must say something. After all, he is coming to rescue me”.’

In a recent episode of BBC Radio Four’s show The Reunion, members of the production team said the Queen never told any of her family that she was doing the sketch – the dark horse.

As far as photobombs go, this one is a cracker.

The Queen herself was the one who crashed this snap between two Commonwealth Games athletes back in 2014.

The head of the Commonwealth was present in Glasgow as the Games got underway and caught up with some hockey action as Australia beat Malaysia 4-0.

And as Aussie defender Jayde Taylor took a celebratory selfie with a team-mate, Her Majesty was spotted grinning away in the background.

The Queen showed lots of sass when Canadian Prime Minister Justin Trudeau toasted to her 60-year reign in 2015.

During a gala for the Commonwealth Heads of Government Meeting, Trudeau thanked the monarch for her ‘long and tireless service’.

He also pointed out that he was the 12th Canadian prime minister to hold office during Elizabeth II’s reign. So when it was the Queen’s turn to speak, she opened with: ‘Thank you, Mr. Prime Minister of Canada, for making me feel so old.’

Trudeau later tweeted that the Queen is ‘forever young’ as far as he is concerned.

The Queen gets a knife stuck in a cake

This is the moment members of the Royal Family burst out laughing as the Queen got a knife stuck in a cake.

Her Majesty was cutting the first slice at a 100-year celebration of the Women’s Institute in 2015.

‘If you look closely, you can see the knife stuck in the cake,’ royal photographer Chris Jackson told Insider.

‘It’s a great example of when things don’t always go to plan, it often makes the best photographs. Everyone bursts into laughter, and it’s suddenly a relaxed moment.’

Jackson said Princess Anne was the one who finally managed to dislodge the knife.

During a visit to Northern Ireland in 2016, then-deputy First Minister Martin McGuiness said ‘Hello, are you well?’ as he greeted the Queen.

The Queen also told the former IRA leader: ‘I’ve had two birthdays, so we’ve been quite busy.’

The Queen and Prince Harry drop the mic on the Obamas

The Queen didn’t shy away from a bit of trash talk in a sketch put together by Harry for the 2016 Invictus Games in Orlando.

In it, the Duke of Sussex convinces his gran to watch a video message from then-President Barack Obama and his wife Michelle Obama.

As they sit on the sofa at Windsor Castle looking at Harry’s phone, Michelle tells them: ‘Hey Prince Harry. Remember when you told us to bring it at the Invictus Games?’

‘Careful what you wish for,’ the former president says, waving his finger with a team of servicemen standing in the background.

One of them does a mic-drop gesture and says ‘boom’, to which an unimpressed Queen, then 90, says: ‘Boom, really? Please.’

During her traditional Chelsea Flower Show visit, the Queen showed a dark side of her humour while chatting with herb gardener Jekka McVicar.

The monarch was told the Lily of the Valley was once used as a poison, according to Jekka.

Recalling her conversation, she told the Express: ‘She said, “I’ve been given two bunches this week. Perhaps they want me dead”.’ 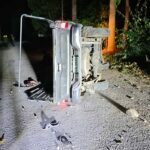 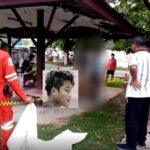