A FORMER top bureaucrat of the Social Development and Human Security Ministry – who has been linked to a Bt88-million embezzlement scandal – was found dead yesterday lying beside his girlfriend in an apparent double suicide attempt. The body of Puttipat Lertchaowasit, 60, the ministry’s former permanent secretary, was found on a bed in the house in Pathum Thani’s Muang district yesterday morning. Examiners estimate he died some time after midnight on Thursday. Wassana Tapaopong, 49, his girlfriend and a former official of the ministry, was found lying unconscious beside him on the bed.

Police found no signs of a struggle or looting that could point to foul play. The couple was believed to have taken poison in a double suicide attempt. On the bedside table were a glass of wine, two bottles of drinking water and a milk bottle. Wassana was taken to Pathum Thani Hospital. She is also being investigated in connection with the scandal. The couple was found by an unidentified close aide of Puttipat’s who climbed into the house after there was no answer to repeated phone calls throughout Thursday. The aide told police that Puttipat had been under intense stress after he was charged with criminal offences in connection with the embezzlement scandal. Puttipat was recently charged by the Anti-Money Laundering Office (AMLO) with embezzling Bt88 million in state funds intended for poor and homeless people and laundering the money by buying various assets. He is one of 12 senior officials implicated in the scandal. In April, the Cabinet sacked Puttipat and his deputy permanent secretary, as well as a inspector general, in connection with the scandal. He had earlier been transferred to an inactive post at the Prime Minister’s Office to pave the way for the investigation. The police investigation into the scandal would not be affected by Puttipat’s death, said Police Maj-General Kamol Rienracha, commander of the anti-corruption police probing the case. AMLO would continue to confiscate Puttipat’s assets for examination, he said. He said that authorities would closely monitor the condition of Puttipat’s girlfriend and would continue to pursue legal action against her. “Puttipat’s death definitely will not affect the legal action against other suspected wrongdoers,” he said. The secretary general of the Public Sector Anti-Corruption Commission (PACC), Korntip Daroj, yesterday said that his agency dealt with the case in a straightforward manner and did not persecute anyone. “The PACC works within the scope of our authority and in line with the evidence. We found wrongdoing so we had to take legal action,” he said. Prime Minister Prayut Chan-o-cha expressed his condolences to the deceased official’s family, according to government spokesman Lt-General Sansern Kaewkamnerd. The PM also said that the investigation and charges should serve as a lesson for all state officials in performing their duties. BP – EP 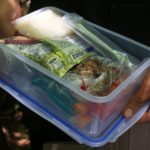