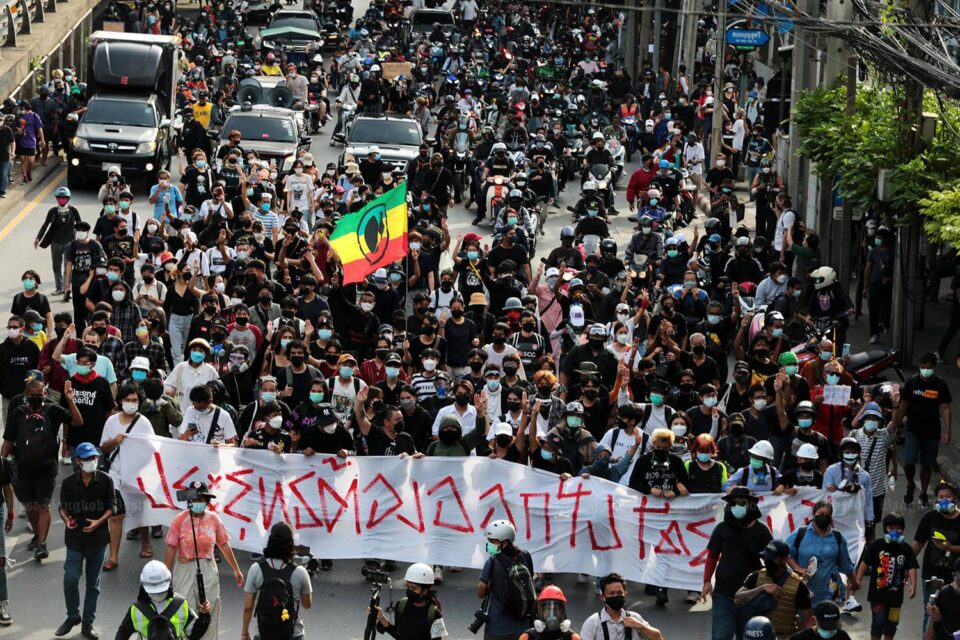 Police fired rubber bullets and tear gas to block protesters from moving closer to the residence of Prayut Chan-o-cha in another rally calling for the ouster of the prime minister on Friday.

The rally organised by the Tha Lu Fah movement started at Victory Monument at 3pm with the burning of lamyai and mangosteen to protest against falling fruit prices.

Participants then walked along the same route they had taken on Wednesday, with the 1st Infantry Regiment on Vibhavadi Rangsit Road as their destination.

The road was barricaded by freight containers, something the police have been doing ahead of nearly every protest in recent weeks.

As the demonstrators tried to move the containers, police — some of them stationed on the elevated expressway — started firing tear gas and rubber bullets. The demonstrators countered by throwing firecrackers at police.0

Organisers decided to return to the Din Daeng intersection and called off the protest at 5.30pm, but as has been the case with previous rallies, a hard-core group of stragglers stayed behind to engage in running skirmishes with police.

Some fires were set but heavy rain later caused both sides to seek shelter.

The number of injuries was not known but one of those hurt was Tanat Thanakitamnuay, the scion of the  prominent property development family that controls Noble Development Plc.

He was injured by a rubber bullet near his right eye socket and was sent to Mission Hospital.

Mr Tanat was once a supporter of the People’s Democratic Reform Committee (PDRC) whose protests against the Yingluck Shinawatra government paved the way for the military coup that brought Gen Prayut to power in 2014.

He was the subject of a Vice News documentary that received international attention. In 2010, when he was 18, he drove his Porsche Carrera 911 into a crowd of red-shirt demonstrators.

However, he has since switched sides and has been speaking out against the Prayut administration.

“The failed management of Covid-19 by the government has caused people to die. Today we are out here to get rid of Prayuth,” said activist Songpon “Yajai” Sonthirak at the start of the rally.

Red-shirt leader Nattawut Saikuar has cautioned the young protesters that their violent confrontations with authorities could end up in a win for those in power. 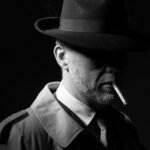 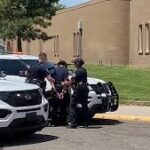