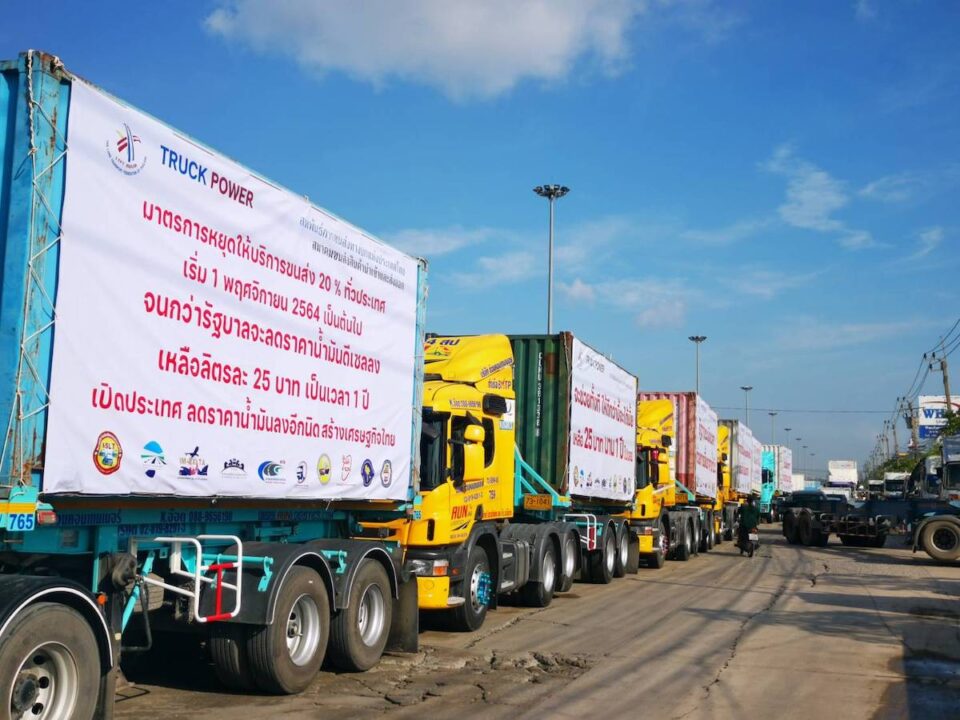 Operators of cargo trucks throughout the country plan to stage a second protest on Nov 16 to demand that diesel prices be capped at 25 baht per litre for at least one year, Northeastern Transport Association deputy secretary-general Thanasant Kulpessaranond said on Sunday.

Mr Thanasant said that on Nov 16 cargo transporters from throughout the country would again bring their vehicles to rally on the outskirts of Bangkok. He believed there would be more trucks taking part in the protest than on Oct 19.

According to the Land Transport Federation of Thailand (LTFT), more than 1,000 lorries participated in the Oct 19 rally.

They drove along seven main routes in some provinces in a “silent” protest against the steep diesel prices. They demanded that the government bring the prices down and cap them at 25 baht per litre.

Prime Minister Prayut Chan-o-cha on Oct 19 ordered the price of diesel, the essential component of goods and transport costs, to be pegged at 30 baht per litre, well above the 25 baht per litre demanded by protesting haulage operators.

Mr Thanasant said that until now the government had not clearly said what it would do to help the lorry drivers. Instead, there were reports that the government would cap diesel prices at 34 baht per litre, showing its insincerity, he added.

“This led the cargo truck operators to plan another protest on Nov 16 to show the government how much we have suffered,” he added.

Mr Thanasant said if the government continued to refuse to reduce fuel taxes to lower the diesel prices to 25 baht per litre, the truck operators would increase their transport costs.

This would severely affect farmers who are already suffering from the low prices of paddy, he said.