Prince Andrew appears to be clinging on to his last remaining titles despite settling with his sexual assault accuser.

The Duke of York cut a deal reportedly worth as much as £12 million with Virginia Giuffre to avoid going to trial in New York.

Andrew continues to strenuously deny any wrongdoing but the development has led to renewed calls for him to be stripped of further honours.

Buckingham Palace is under continued pressure to reveal how he can afford the payout after claims emerged the Queen has contributed £2 million.

According to the Daily Mirror, the deal was structured so the monarch’s funds went to a charity, rather than directly to her son’s accuser.

A royal source told the paper: ‘She could not be seen to be making a payment to a victim of sexual assault, who accused her son of being an abuser.

‘But a deal was structured in such a way to arrange a sizeable financial contribution to the settlement by way of a charitable donation instead.’

Despite being banished from the royal fold and stripped of military roles and the ‘His Royal Highness’ styling, Andrew is keeping his service rank of Vice Admiral.

His dukedom was a gift from his mother on his wedding day in 1986 and was previously used by the Queen’s father George VI.

Labour MP Rachael Maskell, who represents York Central, said his continued association with the city is an ‘embarrassment’ for residents.

Andrew also remains a Counsellor of State, a position which means he could step in for the Queen if she falls ill.

Under royal protocol, two people who hold the position are appointed to carry out official duties if she is unable to.

With health concerns mounting about the 95-year-old monarch, there will be pressure from some quarters for him to be removed from this role.

Counsellors of State are appointed from among the following: the monarch’s consort (which was the late Duke of Edinburgh) and the four adults over the age of 21 next in succession.

These are currently the Prince of Wales, the Duke of Cambridge, the Duke of Sussex and the Duke of York – and royal sources said there are no plans to change the law.

Graham Smith from the anti-monarchy group Republic said yesterday taxpayers ‘deserve to know where the money is coming from for a settlement, which we must assume is in the millions, if not tens of millions’.

The Duke receives a Royal Navy pension and the Queen is also thought to finance her son from her £21.7-million-a-year Duchy of Lancaster income.

It has been widely reported Andrew has been trying to sell a chalet in the Swiss resort of Verbier which he bought for a reported £13million in 2014 with his ex-wife, Sarah, Duchess of York. 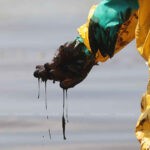 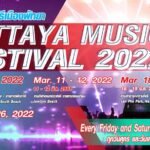