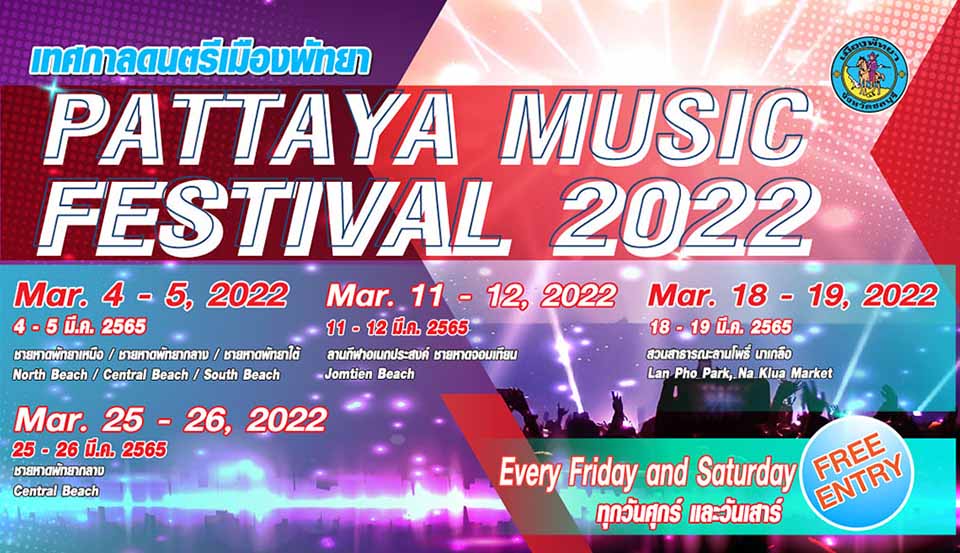 The Pattaya Music Festival 2022 will play out over four weekends in March.

The mayor said the same stringent disease-control rules used for last year’s festival in November and December will remain in place, as they had been successful in preventing large outbreaks.

Previous concerts in November and December were, however, tied to later outbreaks in other provinces.

Sonthaya said the weekly concerts could bring 300 million baht in tourism revenue to Pattaya in March.