With three Premier League heavyweights at home not many people, except for me in the Tottenham game, would have backed against them! The only real shock is that Chelsea, with Callum Hudson-Odoi making the starting line up for the first time, outscored their rivals. Man of the match Hudson-Odoi created two of the three goals.

Man of the match: Callum Hudson-Odoi

Man of the match Kevin De Bruyne admitted to Neil Warnock that his goal after five minutes had a touch of luck about it. He didn’t mean it. But City were never in trouble and, just like their Fulham game, by half-time they were winning 2-0 and in cruise control.

Heung-Min Son, back in the Spurs team from the start after coming off the bench in the previous two games, scored after 55 minutes to calm the home fans nerves and ramp-up the homecoming party. Christian Eriksen scored the second on 80 minutes, the party moved up a few levels, and Spurs were on their way to winning their first game in six.

Man of the match: Heung-Min Son 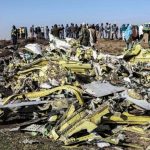