Hooligans are feared to cause trouble at the tournament once more with warnings a “festival of violence” awaits England fans at the World Cup. The tournament kicked off yesterday as hosts Russia beating Saudi Arabia 5-0 – with Putin an excited spectator.

Russia and England fans were involved in bloody clashes at Euro 2016 with brutal battles in Marseille.

Far-right and hyper-nationalist Ultras themselves have implied they are backed by the Kremlin.

And shockingly the hardcore Russian fans can actually be linked back to Putin.

Daily Star Online can now reveal the connections between Russia’s four-term president and the violent Ultras. 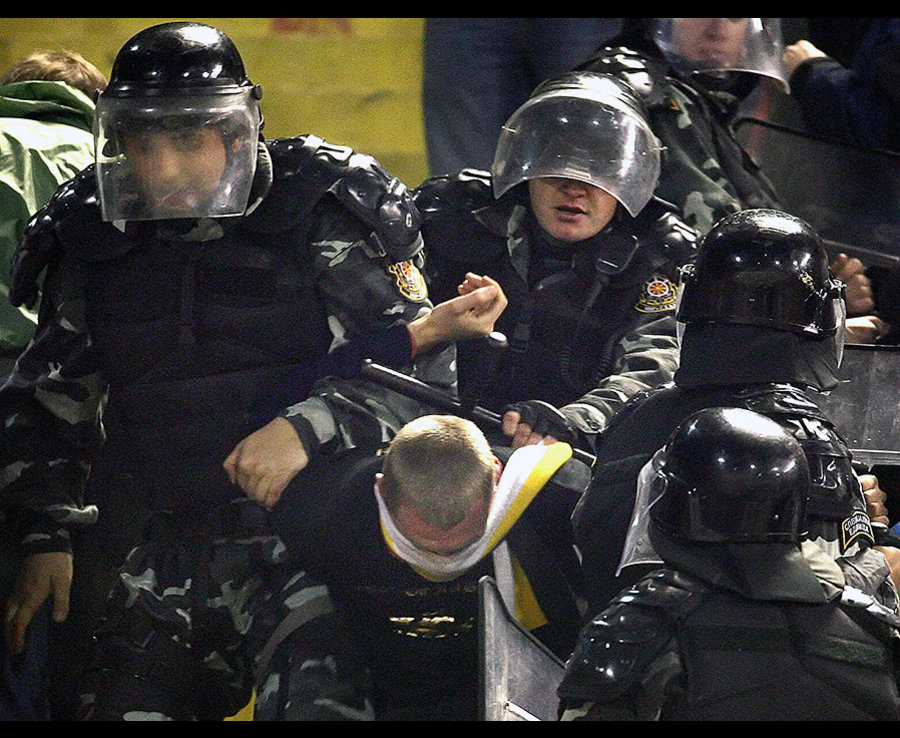 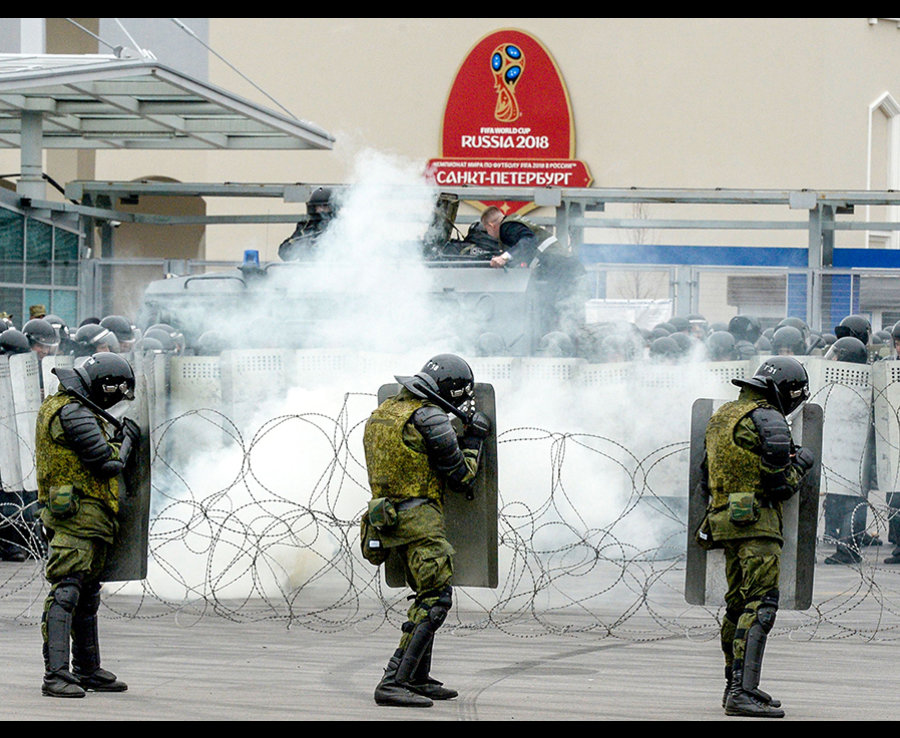 Russian footballing figures associated with the Ultras have direct links to Putin.

Alexander Shprygin – who has been banned from the attending the World Cup – is a pal of Putin.

The documented Neo Nazi was heavily involved with preparation for the World Cup.

And he has been pictured with Putin, and at meetings Vlad referred to the footie boss by his nickname Sasha.

Putin himself made light of the attacks on England fans by Russians, calling it “sad” and then questioning “how 200 Russian fans could beat up several thousand English”.

He was kicked out of the country while travelling from Marseille to Lille along with 19 other Ultras.

Heading up the All Russian Supporters Association, the organisation been accused of receiving backing from the Kremlin.

Footie bosses at the official Russian Football Union severed ties with his group following the violence in France.

Shprygin was also travelling with official Russia FA and is reported to have been working as the assistant to Igor Lebedev.

Another ally of Putin, he is a member of the Russian Football and is also a hyper nationalist.

Lebedev, the deputy chairman of Russia’s parliament, caused controversy at Euro 2016 when he praised the work of the Ultras.

He encouraged them to “keep up the good work” and said there was “nothing wrong with fans fighting”.

And ahead of the World Cup,

Shprygin also has links with Vitaly Mutko, president of the Russian Football Union, and deputy prime minister of Russia.

Putin’s pal Mutko was instrumental in bringing the World Cup to Russia and was former the Minister of Sport before being promoted.

Mutko has also been pictured with Shprygin, but the pair appear to fallen out with the footie fan boss was arrested in September 2016.

Putin’s ally claimed ARSA has “discredited itself” and “got Russian football into serious trouble”.

Shprygin has since claimed the the hardest of the Russian Ultras have been banned from the World Cup.

He claimed in a TV interview that any trouble on home soil will not be tolerated by Putin.

The fan boss appears to have fallen from grace in the eyes of the Kremlin following his well publicised arrest and expulsion in the Euros.

But his previous relationship with Putin and the Putin regime put the Ultras just a few steps from the Kremlin.

Russia 5 Saudi Arabia 0: Hosts get World Cup off to fast start with goals galore in Moscow