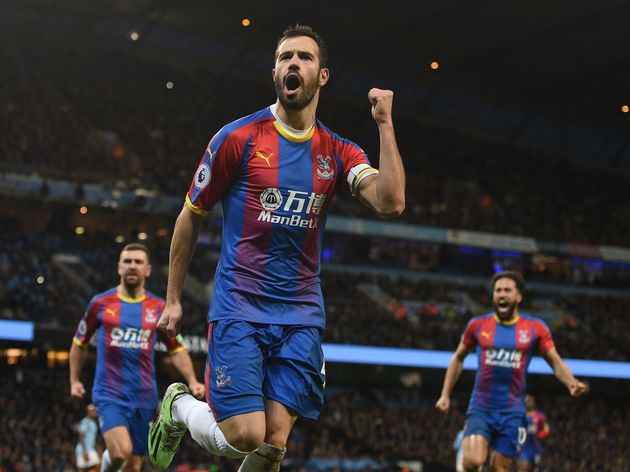 Crystal Palace Could Put A Big Spoke In Manchester City’s Seemingly Unstoppable Quest For A Quadruple And Do Something That Only One Other Premier League Team Can Achieve This Season!

Just before Christmas Crystal Palace surprised the Premier League world when they beat Manchester City 3-2 at the Etihad Stadium. Their third, and what turned out to be the winning goal, came from a Luka Milivojevic penalty after Kyle Walker’s rash tackle on Max Meyer. Yes. This was the Meyer and Milivojevic combo instead of the usual Wilfried Zaha and Milivojevic double act.

On the subject of doubles that is was Palace can achieve if they manage to beat Manchester City at Selhurst Park. On the negative side of that Palace’s home form is appalling and would see them relegated. Only Huddersfield are worse on their home patch. But this is a big game and Palace could get that double.

Just imagine Zaha, attacking Walker in the City box in the last 15 minutes, what are the chances of Walker bringing him down and Milivojevic firing the match winner from the spot again? Does lightening strike twice!

Leicester City will also have the opportunity of a Manchester City double on May 4th.

“No team is unbeatable. No team poses a threat you couldn’t possibly deal with but everyone understands what a good side they are and their attacking talents. They’re one of the best teams in my opinion in and around the penalty area.

It’s a big task but we’ll do our best. We kept a clean sheet against them a year ago here so why can’t we do it again?

On The Win At City

“It took a lot of hard work. I thought the players were unbelievably disciplined. They worked very hard to fulfil the tactics we had going into the game. On top of that we were able to use the relatively few chances we created ourselves, one of which was a wonder-goal.

It was a great occasion and a great victory for the club. I just hope we haven’t angered them so much they try to punish us for having the temerity for beating them on home turf!”

Palace to do the double with the old Zaha and Milivojevic one two in the last quarter.

Manchester United 2 West Ham 1: United Get Away With It!