Home » Manchester United 2 West Ham 1: United Get Away With It!

Manchester United Get Lucky! For Ole Gunnar Solskjær It Was One Of Them Games But Next Season It Could Be So Different With VAR! Match Highlights. Player Ratings. Manager Comments And Stats.

During our preview show with identified two players who could have a huge impact on this game, Paul Pogba and Felipe Anderson, and that’s how it turned out!

Anderson, without a Premier League in his 14 previous Premier League games, struck first after 10 minutes. On the left, Arthur Masuaku swung in a cross towards the penalty spot where former Manchester United player Javier Hernández headed towards the six-yard box. Anderson reacted first and thumped the ball past David de Gea. But West Ham’s celebrations were short-lived by the referee’s assistants yellow flag.

Replays proved they go that wrong!

On 18 minutes, with the ball in West Ham’s penalty box in the right back position, Anthony Martial played the ball back to Juan Mata on the edge of the box and more central. Robert Snodgrass made a challenge, Mata kind of flipped over, and referee Scott pointed to the spot.

Pogba, with a much more traditional run-up than his recent stuttering stop-starts, blasted the ball down the middle as Lukasz Fabianski dived to his right. But the penalty looked a bit soft and one that could have been overturned.

West Ham were enjoying a lot of possession and looking much more dangerous than United who were not in their best form. On 49 minutes Manuel Lanzini tricked his way into the United box on the left, cut back inside, and crossed to Anderson at the back post. From just inside the six-yard box Anderson found the net.

Michail Antonio In The Action

On 73 minutes Michail Antonio joined the action in place of Hernández and he immediately tried to break up the Pogba/Anderson show. Four minutes later he found himself in space on the edge of United’s box and fired a rasping left-foot shot that crashed against United’s bar. A minute later he had another chance with a header that De Gea did really well to save.

At this point, it looked like Manchester United were there for the taking.

But Pogba had other ideas about that and he produced the games final big contribution. Marcus Rashford rested for the Barcelona second leg and on as a late sub, put Martial clear on the left, As he bore in on goal  Ryan Fredericks, who’d replaced Pablo Zabaleta after 75 minutes, took him out for a clear penalty. Pogba, with no messing about, dispatched it right in the corner.

One Of Them Games

Solskjær admitted it was one of them games and if Manchester United are serious about finishing above two of their rivals, in the race for a Champions League place mini league, they will need a big improvement. Or, do the what seems the impossible, and win this season’s Champion’s League!

Man of the match: Paul Pogba. 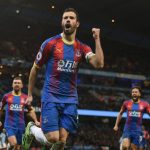