Defence Ministry spokesman Maj Gen Kongcheep Tantrawanich said on Wednesday that Prawit, who is also defence minister, had told the intelligence-gathering units of national security agencies to keep a close eye on groups that might pose risks.

In a video conference broadcast from the ministry on Wednesday morning, Prawit also told police and other security services to be vigilant around the clock during the holiday period to prevent sabotage in places where crowds gather, such as transport hubs, tourist attractions and celebration venues.

He wanted them to crack down on all criminal activities and set up checkpoints to search for drugs, war weapons and other illegal items, as well as law violators.

He directed the Transport Ministry to strictly implement measures to ensure operators of public transport abided by the law and check highways and secondary roads for risky spots and make repairs where needed.

Operators would be asked to keep cargo trucks off the roads during the holidays. Police, soldiers and local administrators would help enforce regulations against speeding and reckless and drunken driving. 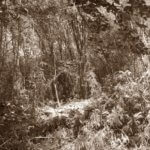 35 year old mysteriously died in a forest after hiding from the police.