Most people in Thailand are unable to earn enough to cover their expenses, according to a Suan Dusit Poll, conducted online by Suan Dusit University and published on Sunday.

The poll surveyed 1,067 people nationwide between 3rd and 6th October 2022, asking mainly about their personal economic situation, whether their income covers their expenses, what costs are higher than they can handle, among others.

The report shows that 54.54% of correspondents say their income is not enough to cover their expenses, while 82.96% say fuel prices and travel expenses are too high.

The poll also asked for their opinion on a report that there are up to 20 million people, or almost a third of the country’s population, categorised as poor in Thailand.

70.47% said they earn the same amount of money, but are unable to afford less necessary things.

Most of the respondents hope that the government will control commodity prices, reduce the petrol tax and be more transparent when it comes to information. 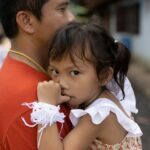 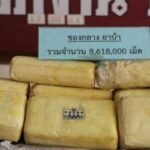