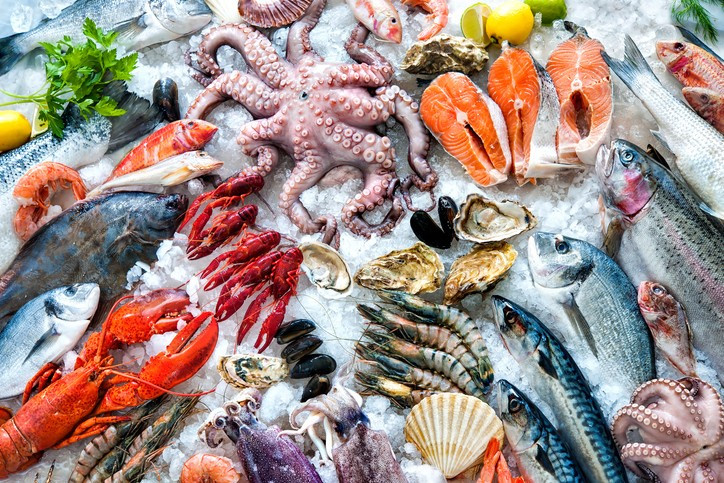 A taxi driver arrested for allegedly twice stealing seafood from a Nonthaburi shop says he wanted to cook them for his child.

Yutthasak Thongploy, 39, was arrested by police from the Ratanathibet police station in Nonthaburi at 7.30pm on Wednesday. He was arrested at his house in Pathum Thani’s Lard Lum Kaew district.

Inside his home refrigerator, police found seafood he had allegedly stolen from Tum Asia Seafoods shop in Nonthaburi’s Muang district. They also found over 30 allegedly stolen items including TV sets, ceiling fans and bicycles at his house.

The arrest was made after seafood shop owner Anucha Kaewkamchan, 30, filed a complaint with Ratanathibet police station reporting that a thief had broken into the store overnight on June 3 and stolen seafood worth Bt10,000.

The shop was broken into again on June 14 with another Bt10,000 worth of seafood stolen. But newly installed security cameras showed the burglar arriving by taxi.

The footage allowed police to identify and locate Yutthasak and they arrested him while was leaving his home to drive his taxi.

Yutthasak admitted to having broken into restaurants late at night on as many as 10 occasions.

He said he took items that he could use back home and did not sell them. Yutthasak said he stole the seafood to cook for his child as he could not afford to buy it. 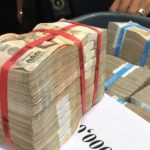 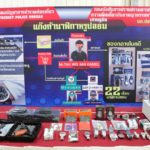