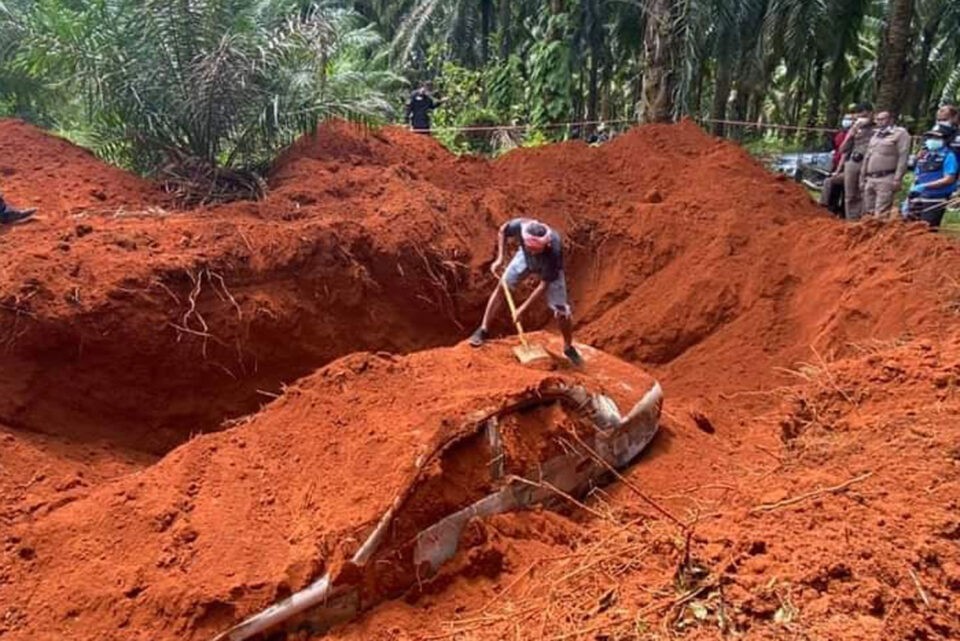 Warrants have been issued for the arrest of three brothers after a missing man’s acid-soaked body was found buried in a rubber plantation on Thursday.

They are accused of collusion in premediated murder, illegal detention, destroying  evidence, arson, illegal possession of weapons and illegally carrying them in public, Thai media reported on Friday.

The trio were believed to have fled Krabi province.

Their alleged victim, Suchart Khaoluan, 54, of Lam Thap district in Krabi, had been missing since May 3 after leaving his house to collect a 300,000 baht debt from Mr Suriya, or Bang Fit, one of the suspects.

Relatives filed a complaint with Lam Thap police after receiving an anonymous chat message saying Suchart was killed and his body was buried, along with his car, in tambon Nong Thalae.

Pol Col Phitsanu Atchanapornkul, deputy chief of Krabi police, led police investigators to the home of Suchart’s debtor, Mr Suriya, at Ban Nong Baek in tambon Nong Thalae on Thursday. Nobody was at the house, according to local media reports.

Police searched plantations near the house and found a fresh mound of earth amid oil palms about 200 metres from Mr Suriya’s house.

A backhoe was brought in to excavate it,  and uncovered the burned car belonging to Suchart.

The hole was about 4 metres deep and 6 metres wide.

It was reported that the body had gunshot wounds and had been soaked with acid.

Deputy national police chief Pol Gen Suchart Theerasawat was due to arrive from Bangkok on Friday to inspect the crime scenes and get a full briefing, Thai media reported.

Police excavate the burned car belonging to a 54-year-old man, missing since he left home to collect a 300,000 baht debt on May 3, in an oil palm plantation in Krabi province on Thursday. His body was found buried in a nearby rubber plantation, with gunshot wounds and soaked in acid. (Photo taken from ข่าวงานอาสาจราจร จ.กระบี่สนับสุนุนกิจการตำรวจกู้ภัยฝ่ายปกครอง traffic volunteer mission in Krabi to support police work Facebook page) 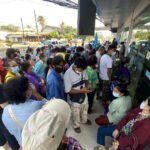 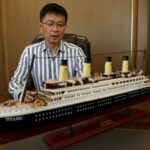