The Metropolitan Police Bureau organized a handover ceremony, in which assets involved in loan shark cases were returned back to their original owners.

Deputy Commissioner of the Metropolitan Police Bureau Pol Maj Gen Teerasak Suriwong returned to nine debtors the motorcycles and vehicle registrations that had been seized by their loan sharks. The handover was part of a ceremony that also saw the return of land deeds and other property that had been seized in similarly exploitative loan agreements.

This marked the 10th such handover ceremony, each a milestone in the Royal Thai Police’s ongoing crackdown on illegal loans. So far, 15 cases have been successfully litigated. They involved assets including 42,040 baht cash, six mobile phones, and 13 motorcycles worth a combined 719,040 baht. 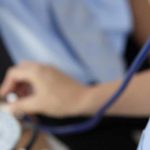 Is your blood pressure about to blow the top of your head off? 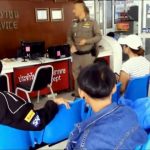