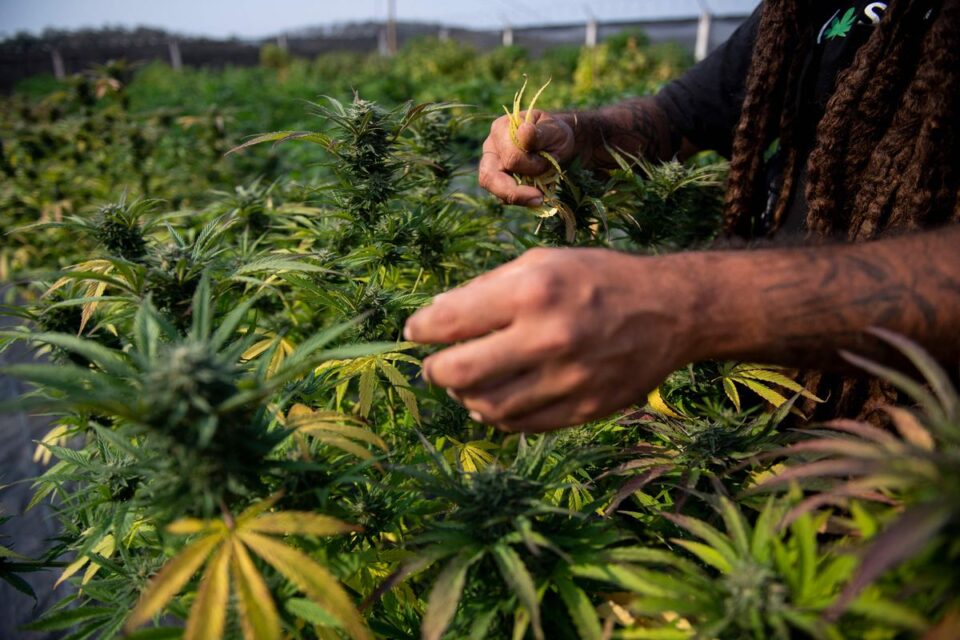 He said that on Oct 16 an Isuzu Dmax pickup and a six-wheel Isuzu lorry were intercepted on Phetkasem road in tambon Khuan Lang of Hat Yai district by a drug suppression team from Border Patrol Police Region 4.

In a search of the lorry, police found fertiliser bags stuffed with slabs of compressed, dried marijuna, about 1,000kg in total. The bags were on the back of the lorry underneath a full  cargo of bales of straw.

Three men were arrested –  Ahamasakri Yimayi, 23, Muhamadtramisi Salae, 26, and Raya Loyita, 52. Ahamasakri was driving the pickup, acting as lookout, and the two others were in the lorry.

The three said they were hired by two men, Sainon Wadeng and Malwasi Nicha, to drive the two vehicles to Sam Chuk district, Suphan Buri province, and take the marijuama from there to Narathiwat.

Police were looking for the two men who hired them, Pol Gen Suchart said.

The arrests followed the earlier apprehension of four women travelling from Ratchaburi province with 200kg of dried marijuana in tambon Kho Hong of Hat Yai on Oct 13.

They said another 1,000kg of marijuana would also be transported to the South, leading to Saturday’s seizure.

Pol Gen Suchart said the marijuana was believed to have been smuggled from Laos.