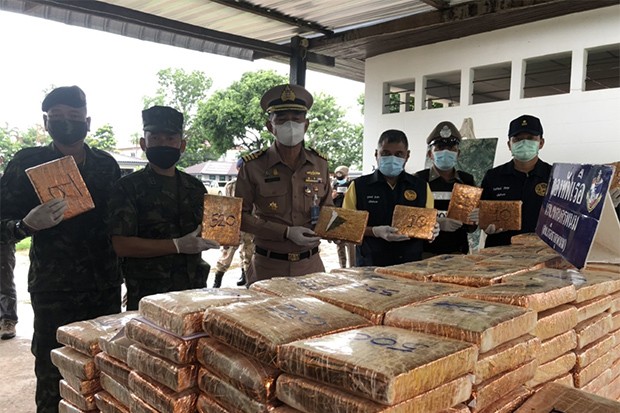 A navy patrol seized 520 kilogrammes of compressed, dried marijuana and arrested two suspects during a search of a pickup in That Phanom district late on Sunday night.

Capt Nathapat Suemongkol, deputy commander of the Nakhon Phanom Mekong Riverine Unit, said the pickup was stopped by the patrol on the That Phanom-Mukdahan road in tambon Ummao of That Phanom district.

A search uncovered 520 packages of marijuana, weighing about 1kg each, on the back of the vehicle. Since the street value of marijuana was about 20,000 baht/kg, the drugs were worth least 10 million baht.

The two men in the pickup were arrested – Den Sangsongha, 39, and Chumpae Chalue, 35, both from Mukdahan.

They allegedly said a Lao man promised to pay them 50,000 baht in return for transporting the marijuana, which had been smuggled across the river from Laos, from That Phanom district to Mukdahan.

From Mukdahan, someone else was to take it to the South, they said. 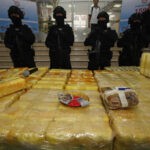 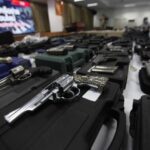