The investigation was sparked by a suicide by gun of a 44-year-old man in Kamphaeng Phet province who was reportedly under depression after losing over 130,000 baht to the loan website, which had promised to grant him a loan, but he had to transfer the loan fee first.

Officers have arrested 6 suspects who were allegedly operating the website as well as confiscated several items of computers and other evidence.

The suspects have been charged with public fraud and violation of Computer Related Crime Act.

“In a separate case, the CCIB police on Thursday arrested Treenate Saewee, a resident of Suphan Buri for allegedly scamming victims via Line application,” said Kornchai.

“The other suspect of the same gang, Thanathon Muangsaimoon, is still on the run.”

The latter case made a headline earlier this month as a 10-year-old girl in Phichit complained through the media that she transferred 900 baht to the suspects who she met via Line application and promised to give her a scholarship of 6,000 baht, but she needed to pay a small fee first.

CCIB’s investigation revealed that Treenate and Thanathon have used this Line account for over a month and have allegedly scammed over 500 victims of around 400,000 baht.

“Please do not believe these online scammers who promise to grant you a loan or free money in exchange for a small fee,” said the CCIB chief.

“Furthermore, avoid downloading untrusted applications as scammers can use these apps to siphon your personal information from the mobile phones.” 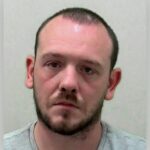 Paedophile brought baby with him to meet ’14-year-old girl’ 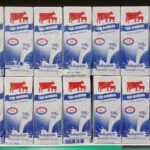