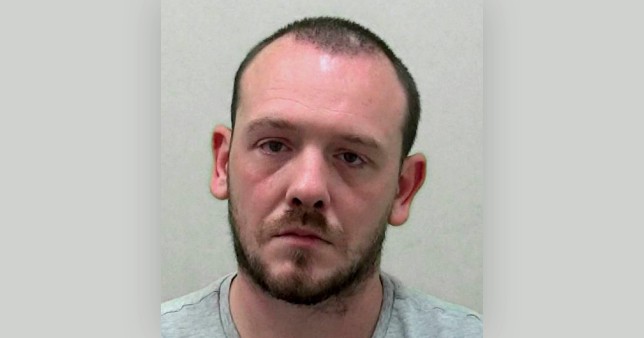 A paedophile brought his baby with him when he set off hoping to meet a child he had been sending pictures of his genitals to.

Shaun Watson had been chatting with who he thought was a 14-year-old girl called Paige.

But the profile that he saw on several different meeting apps was, in fact, being run by paedophile hunters.

The 35-year-old first contacted the ‘girl’ on the Skout app, and was not deterred when a member of the Child Online Safety Team warned him Paige was underage.

The profile disappeared but when another, similar one appeared, Watson contacted it and sent pictures of his penis, despite being told the girl was just 14. The dad-of-three also asked for photographs of her genitals.

The group also set up a profile on MeetMe using the same name and picture and Watson made contact with that too around six weeks later.

He was, again, told she was a child but his conversation quickly turned sexual.

Watson sent pictures of his genitals, encouraged her to carry out a sex act on herself and arranged to meet her.

Prosecutor Michael Bunch told the court: ‘It appears the defendant did initially travel to that meeting.

‘He said he was with his one-year-old daughter but before the meeting happened he said he needed to return home because his daughter would not settle.’

Members of the Child Online Safety Team confronted Watson at his place of work and home and police were contacted. While waiting for the police, he said he was an ‘idiot’.

He was sentenced to two years suspended for two years and must do a sex offenders treatment programme.

He will also be on the sex offenders register for ten years and be subject to a sexual harm prevention order.

Jonathan Pigford, defending, said: ‘He is emotional and it’s been difficult for him.

‘He lost his home address as a consequence of this and he has been living in a hostel. He is extremely anxious and has breathing difficulties.

‘He has repeated to me he hates himself for what he has done and he immediately regretted it.

‘It was thrill-seeking and exhibitionism and he lost touch with reality and he made arrangements to meet her and took his own young daughter to meet her. The remorse he has shown is genuine.

‘He has paid an extremely high price and has lost contact with his partner and three children and his family, parents and the like, have disowned him.

‘He has become a very isolated figure and lives in a hostel and his mental health has deteriorated significantly.’ 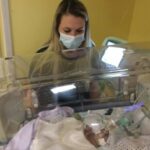 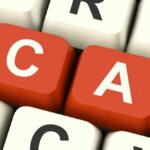