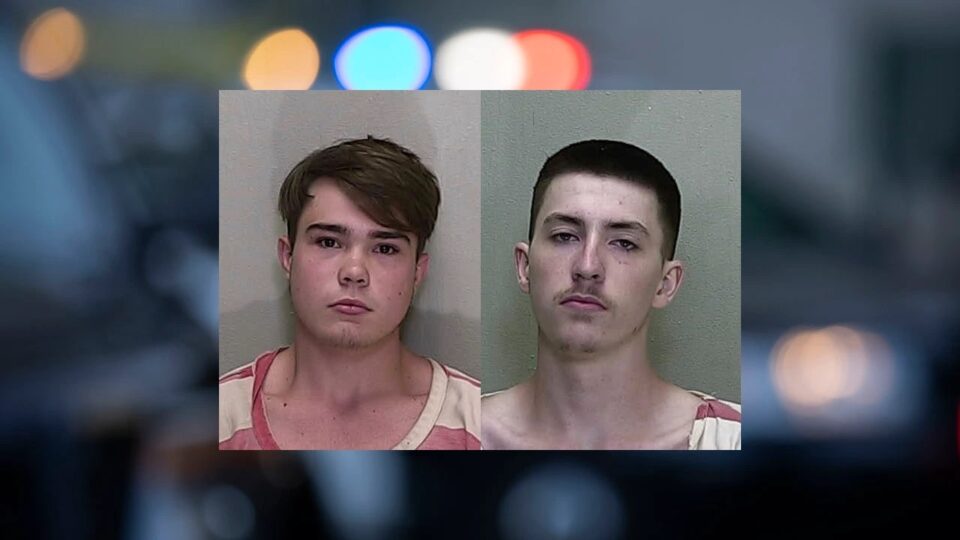 A 16-year-old boy died when two of his friends shot him while they fooled around with a gun and body armour.

Christopher Broad, 16, was killed when he took it in turns with Joshua Vining, 17, to wear the bulletproof vest and fire the gun at one another on April 3.

The incident in Belleview, Florida, was recorded by Evan Vowell, 18, who handed the footage over to police as evidence.

Christopher then fired a single shot at Vining while he wore the vest. They then swapped roles and Vining shot the gun once and then four more times in quick succession.

Witness Joe Vanhouten woke up to gunshots. He said: ‘I walked out past my truck, and I saw a teenaged boy come out of the trailer next door screaming all hysterical.

‘What I know of him, I mean, I guess you’d say a typical teenager.’ Vanhouten said. ‘I know they don’t really realize the consequences of some of the stuff they do.’

The two teens are being charged as adults in Broad’s death. Both were released from jail on bond.

In Florida, aggravated manslaughter of a child with a firearm can carry a sentence of up to 30 years in prison.