Gay sex will no longer be considered a crime in India after its Supreme Court repealed a colonial era law which made it an offence.

The landmark verdict overturned a 2013 ruling which criminalized gay sex by upholding the colonial-era law, also known as Section 377, by which sexual activity between people of the same sex is categorized as an “unnatural offence.” 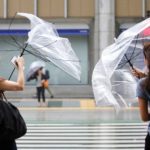