A pickup truck driver reversed and fell from the rooftop of the six-floor carpark at the Food and Drug Administration’s headquarters. 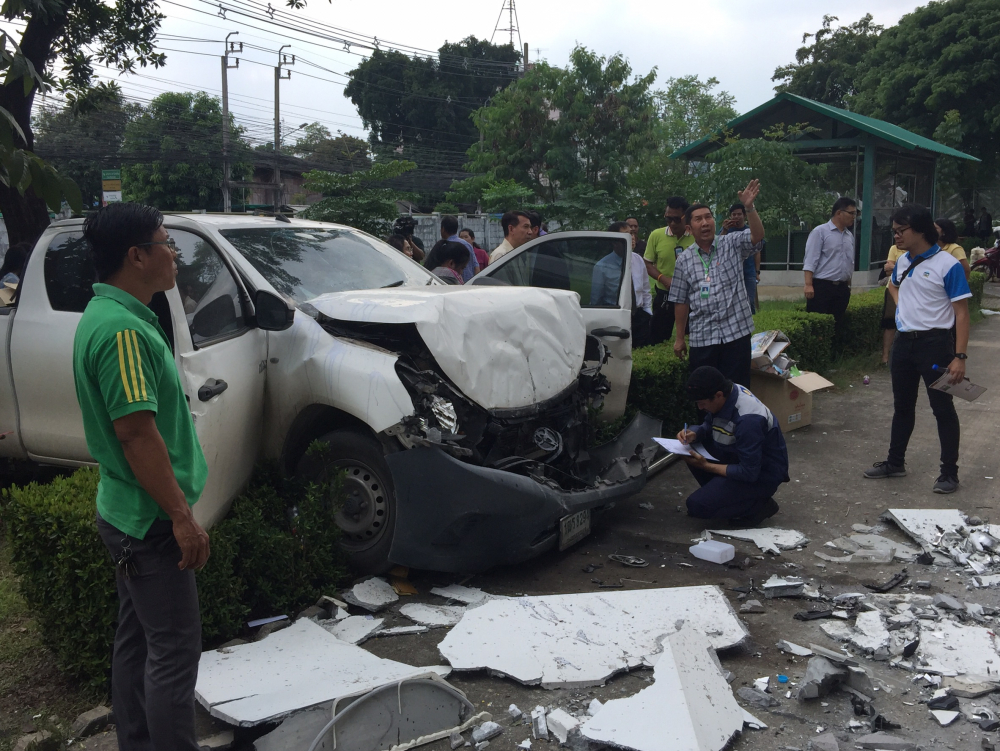 The vehicle was written off but the driver escaped with slight injuries.

Police said the accident happened at 11am and the driver, Jiraphat Weerachartwattana, jumped out before it crashed against the concrete guard wall and fell. 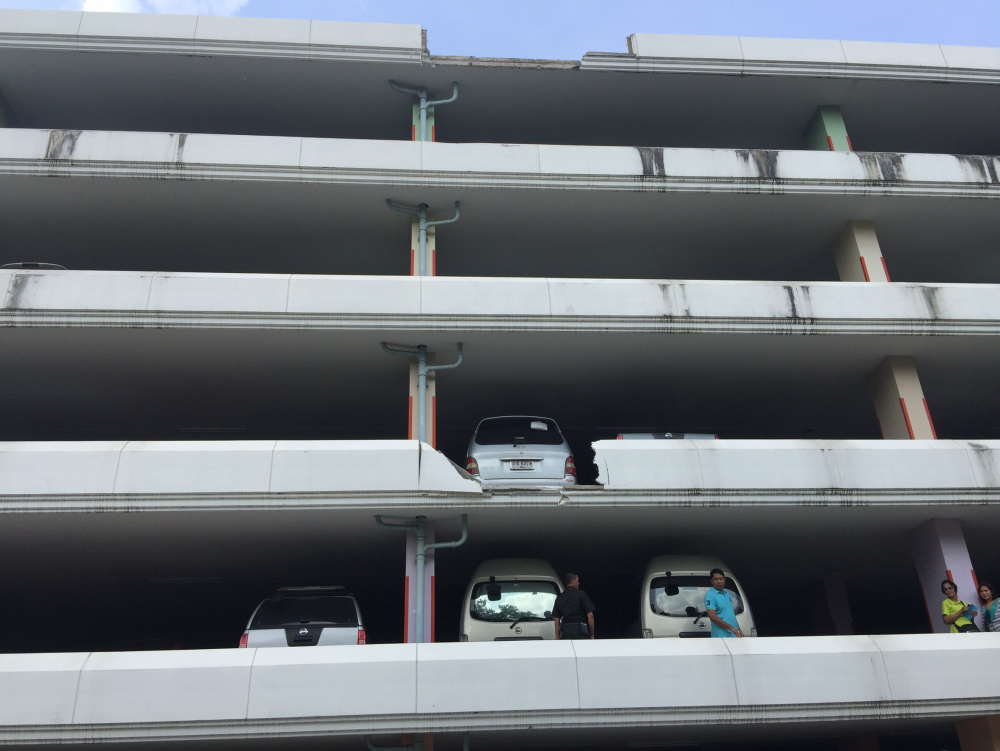 He told police he visited the FDA and forgot to return the transmission to park when he turned off the engine.

Jiraphat said that when he returned, he reached in to start the engine with one leg still on the ground. It reversed, he became frightened and removed his left leg from the vehicle before it hit the concrete wall.

FDA secretary-general Dr Tharet Kratnairawiwong said it was lucky that no one was hurt and the FDA would not require the driver to pay compensation.

Tharet said the FDA would review the strength of the concrete walls in the carpark.