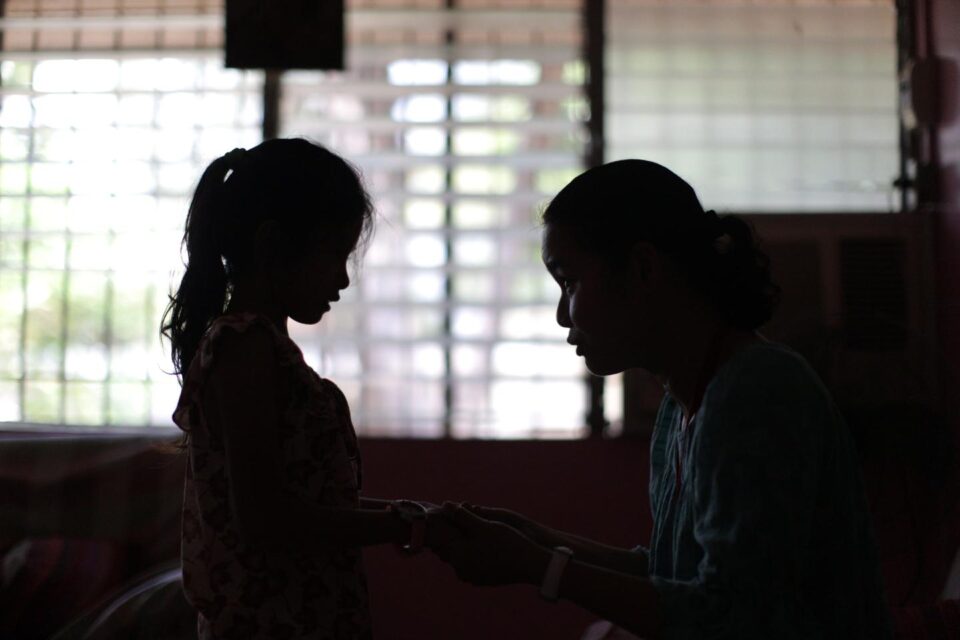 Seven-year-old Eric giggles, showing off a broad toothless grin, as he talks about space travel in the shade of a garden, surrounded by lush, thick forest, a few hours north of the Philippines’ capital Manila.

Eric dreams of flying a rainbow-coloured rocket to Saturn. He has just lost his baby teeth but he is small for his age. His white, checked shirt hangs off his tiny shoulders.

“What do you cry about during therapy?” his social worker asks him. “I cry about my parents,” he says, looking at the ground.

Fedalyn Marie Baldo has spent months with Eric, his 10-year-old sister Maria and two older brothers to help them understand that theirs is not a normal childhood.

For years, when their neighbourhood was asleep and much of the Western world was awake, all four children were forced to perform live sex shows for paedophiles around the world.

They were raped and repeatedly sexually abused on camera by their mother. Their father, aunt and uncle also took part.

It was the children’s father who eventually reported his wife and her family to the police, allegedly after a dispute. Investigators traced payments to the family from accounts in the UK and Switzerland.

Months later, Eric, his brothers and sister ended up at a home run by the charity Preda, which focuses on helping sexually abused children.

That has also been Ms Baldo’s job for 17 years. In that time, images and videos of child sexual abuse have ballooned into a billion-dollar industry in the Philippines, now the world’s largest-known source of such exploitation.

Grinding poverty, high-speed internet access and an ability to accept instructions in English have all kept it going.

Then came the pandemic. More than two years of lockdowns and some of the world’s longest school closures left vulnerable children stuck at home with cash-strapped parents desperate to make money.

A recent study by Unicef and Save the Children estimates that around one in five Filipino children are now at risk of sexual exploitation, putting the grim figure close to two million.

Ms Baldo fears that the abuse is becoming “normalised” in the Philippines and may become endemic in some of the country’s poorest neighbourhoods.

President Bongbong Marcos has declared an “all-out war” on child sexual abuse and the industry it has spurred. But so far, it’s a war the Philippines is not winning.

In Manila, as the clock ticks towards dawn, a team from the National Bureau of Investigation has gathered near a graveyard.

Flashlights are kept low, guns are loaded, cameras are ready to film evidence as the team leader gives a final briefing. They are under pressure to get results.

Amid the tombstones in this densely populated city, a family live among the dead. A 36-year-old mother is on her smartphone in a small wooden hut built against some of the largest monuments in the cemetery.

She thinks she is messaging a paying customer in Australia who is requesting a live sex show involving her three children. In truth, her texts are going to an undercover police officer.

As she switches on the camera, around a dozen officers rush through narrow paths to her door. The only warning is when the stray dogs start to bark.

She offers no resistance as a female officer takes the children to safety and others start to bag evidence: sex toys, smartphones, receipts detailing overseas payments.

As with many of these arrests, this one too is the result of a tip-off from abroad.

The Australian Federal Police told the BBC they caught a man at an airport with a storage device full of explicit child abuse videos. His phone allegedly contained messages between him and a woman in the Philippines requesting money in exchange for the videos.

The operation then took dozens of officers weeks to plan and led to two arrests. One in Manila and the other in Sydney.

Australian officials said they had recorded an increase of around 66% in reports of child exploitation in the last year.

They are working alongside teams from the International Justice Mission, the UK National Crime Agency and the National Police of the Netherlands, and officers in the Philippines, to try to find child sex offenders. Once they’ve identified them, they try to track down the source of the material.

But often, the only way the abuse is reported is when the child comes forward. And even then it’s a long road ahead.

Several social workers say they have to spend days, even weeks, pushing local police to rescue the children and file charges against the parents.

“Sometimes we get the co-operation of law enforcement authorities, other times the actions of people who are supposed to really protect children are delayed. But we have to work around it,” says Emmanuel Drewery from Preda.

The organisation first set up a children’s home for girls back in the 1970s near the port city of Olongapo, once home to a large American naval base.

It had become a hub for sex tourism – illegal prostitution between foreign men and Filipina girls often still in their teens and trafficked into the industry, or young women pushed into the sex trade by family pressure and economic desperation.

Years on, social workers fear much of the sexual abuse here is generational, that many of the children’s mothers were also raped or sexually assaulted. They believe their view is: “It happened to me, I did this to survive and so must you.”

Father Shay Cullen, president of Preda, has been fighting for the rights of abused children in the Philippines since 1974. He wants a global solution to this new and growing problem.

“There has to be [an] international law. This is the only way. All national governments need to really put restrictions on the internet corporations. They must co-operate to restrict the passage of child abuse material and the online streaming of the sexual abuse of children.”

Things are changing, he agrees – but slowly.

But that’s only one part of the war. For organisations like Preda, the bigger battle lies in rehabilitating the children.

Some of the toughest healing at Preda happens inside a dark room with soft music playing in the background.

There are large pads on the walls and floors – the kind gymnasts would use for a soft landing. The only light comes from the open door.

About five children are kneeling, each in their own space. Most of them are facing the wall.

The overwhelming sound is the erratic thud of their fists and feet as they pummel the pads.

The first raw, anguished cries make your heart stop. And then it starts again, but it’s difficult to keep listening, even from a distance, even for a few minutes.

The questions hurled at the cushioned walls – “Why did you do this to me? Why me? What did I do?” – are heart-breaking.

A therapist kneels quietly inside, ready to help.

“It all begins in the room,” says Francisco Bermido Jr, president of Preda.

Preda has used this form of emotional release therapy – called primal – for decades to help children cope with the emotional impact of physical and sexual abuse.

But they are struggling for resources. Their centre near Manila can only afford to take around 100 children a year. But so many more need help.

Once a police report is filed, children can be sent to a number of homes or orphanages, but many don’t have the training or experience to care for children who have suffered abuse.

Eric’s older brother was first placed into a nearby orphanage without his siblings before he was moved to the Preda centre.

Social workers at the centre say that around 40% of abused children who’ve been in their care go on to live a life safe from harm. And every success keeps them going.

Routine helps. The centre offers a daily schedule of schoolwork, sports like karate and volleyball, storytelling sessions and, of course, therapy.

“I love karate, power dance and primal,” Eric shouts as he punches happily in the air.

He also enjoys singing – and he joins his friends in the playroom. When it’s his turn for a solo, he sings softly at first, then his confidence grows and his voice soars around the room.

One of his older brothers is still too traumatised to talk. Their sister Maria, Ms Baldo warns, also speaks little.

But on that day, a beaming Maria, clinging to either her prized pencil case or a soft toy, was surprisingly curious and full of questions. She really wanted to know what a snowflake felt like.

“When they arrived, they were very meek and docile and untrusting of the world and of others,” Mr Bermido Jr says.

But months later, they are able to tell their story – every horrifying detail – to the social workers. All four children have also testified against their family, a requirement by Philippines’ courts.

“That’s actually very important because that’s where their quest for justice begins,” he adds.

Both Eric and Maria attend the group storytelling session. He sits next to her and absently curls his fingers around his sister’s ponytail.

Ms Baldo asks Maria about Cinderella, and she replies: “Cinderella did not give up even during hard times, even in the toughest situation, she still had hope,” she says, hugging her soft toy tighter.

All names of victims have been changed. 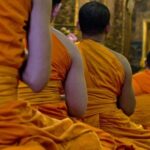 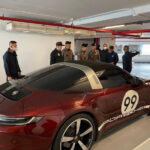 Police seize a Porsche and other luxury cars