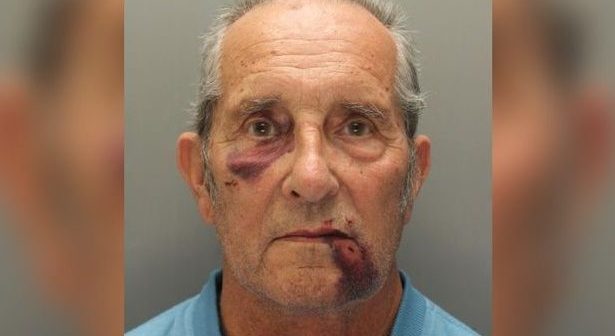 A man who managed to smuggle a knife into court tried to kill himself moments after being given a prison sentence.

Leslie Marrs, 76, pulled the blade from his blazer’s inside pocket and slashed at his own neck twice as he was jailed for sexually assaulting a teenage girl.

Moments earlier, judge Stuart Driver warned security staff in the dock with him that he posed a risk of self harm having told a probation officer that he would die by suicide ‘before he reached prison’.

After cutting his neck in front of his victim’s mum, court staff and the judge, the dock officer pressed paper towels to his neck.

He was then escorted down to the cells at Liverpool Crown Court while an ambulance was called.

Marrs, from the Kensington area of the city, had just been jailed for nearly three years and told to sign the sex offenders’ register for life.

Prosecutor Anya Horwood told the court the incident came to light when the victim, a girl in her mid-teens, confided in a youth worker that Marrs had molested her some months earlier.

She also said he had made inappropriate remarks.

Marrs told police during his interview that they had been discussing pubic hair and ‘in that context touched her vaginal area’.

An examination of his phone revealed a photograph of his erect penis which Marrs conceded the girl may have seen, although he claimed he had never shown it to her.

In an impact statement, the girl’s mum described how she had suffered nightmares and self-harmed after the assault.

She said she now thinks Marrs was grooming her daughter, adding: ‘I believe he knew exactly what he was doing.’

Judge Driver told Marrs he had inflicted ‘significant psychological harm’ on his victim.

The court heard he has previous convictions, but none for sexual offences.

Defending, Paul Lewis said the pensioner has chronic lung issues and heart problems as well as mental health issues linked to his time in the Army.

The court was closed following the incident to allow it to be thoroughly cleaned.

Marrs was taken to hospital for treatment. None of the court staff were injured. 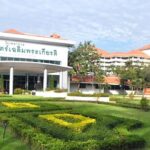 Morgue space runs out at Hospital 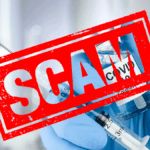 DO not to fall for scammers offering Covid jabs