Thai League One football team Pattaya United have confirmed rumors that they will change their name to Samut Prakan City.

The team that finished eighth in the league will be playing their games at the M Power Stadium in Samut Prakan in the 2019 season.

In an announcement on their website they thanked fans and officials for their continued support. 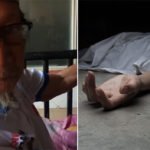