Home » Don’t hold your breath, but the Pattaya underpass is due to open on August 25th

Don’t hold your breath, but the Pattaya underpass is due to open on August 25th

So after weeks, no, make that months of delays reagrading the Pattaya underpass, an official opening date has finally been set for August 25th.

The news came after a press conference which was held and it was announced that after over 3 years and 840 million baht, the project will finally be handed over.

I have lost count of the times that a date has been set for completion, however, so it remains to be seen whether the authorities will stick to this one.

They did mention that they still have a few small issues to fix, such as getting a team of “experts” in to maintain and look after the underpass.

The local authority have decided that the builders will do that in the meantime before a more permanent solution is found.

Spokesman Phinit Maneerat with the chief engineer Sunthorn Sompramai at his side said that the Department of Rural Roads had given the green light to Pattaya mayor Anan Charoenchasri.

It is though that the tunnel will be a huge component in helping ease the congested Sukhumvit road, especially in peak hour times of the day. 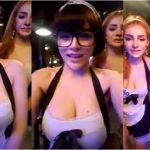