Home » Pattaya tourists on the increase

Despite what you eyes may tell you if you’re here in Pattaya, tourist figures released by TAT says that this year is on course to beat last year.

In the first half of 2017, a record 8 million people visited the resort town of Pattaya. This means that, if the numbers continue, the seaside sin city will welcome more tourists than last year.

This, despite ongoing news stories covering crimes such as robberies, deaths, police and of course, the dirty beaches.

The numbers were released by the Tourism Authority of Thailand (TAT), who revealed that 13.7 million tourists visited the city in 2016, spending THB200 billion for rooms, food, and fun.

This year, tourists have already spent THB110 billion in the city, which is 15 percent more than what they spent in the first six months of last year.

The TAT’s Pattaya director, Suladda Sarutilavan, said yesterday that this year’s numbers reflect a good increase and we have not even reached high season yet.

For a breakdown of where these tourist are coming from, Suladda offered that foreigners made up 65 percent tourists in the city in 2016, while the rest were domestic tourists. Of foreigners, most visitors were Chinese, with 2.54 million of them visiting last year. Next up, were 800,000 Russians, 600,000 Koreans, 400,000 Indians, and 400,000 Germans spending time in Pattaya. 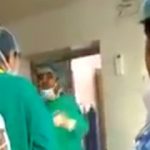 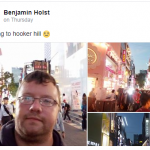