Necklace Theft: Two Thai men have been arrested for allegedly snatching a gold necklace from a woman on a Pattaya street, police said on Wednesday.

The two were accused of driving their motorcycle after their victim, Wiphaporn Sonsomnuek, 27, and snatched her gold necklace worth about Bt28,000 and sped off after midnight on January 5. The victim was riding her motorcycle on the Thep Prasit road heading to Jomtien Beach.

Narit is facing a charge of raping a Chinese tourist on October 21 and had been released on bail. 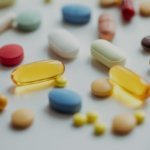