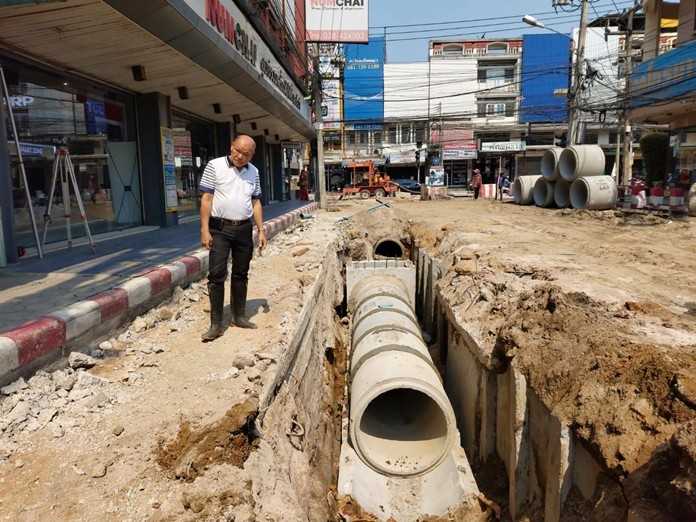 I think by now everyone is a little bored of the roads being ripped up and roadworks that never seem to finish.

Well, turns out that the endless road works in Naklua are at 80 per cent complete and there will soon be an end to the detours and dust. 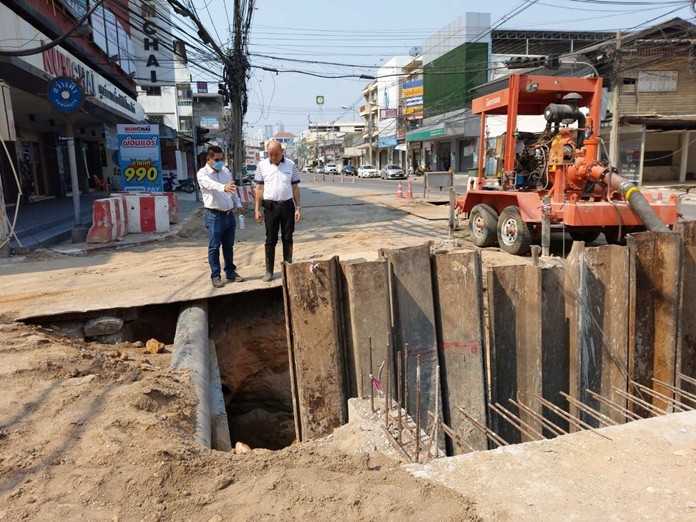 The sewage and flood pipework has been going on for over a year now the final stage is nearly complete.

However, the contractor refused to set a date to when all the traffic lanes would be reopened.

Pattaya Deputy Mayor Banlue Kullavanijaya, who inspected the work May 12, said it would be sooner than later. 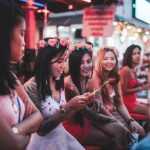