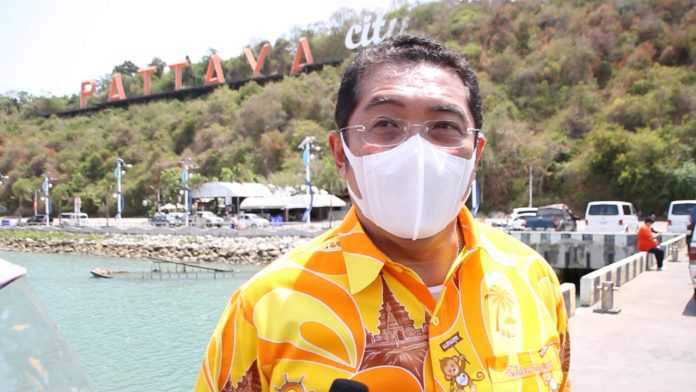 Pattaya City is preparing extensive measurements for city closure restrictions manned by checkpoints, preventing most access, in order to prevent the spread of the Covid-19 Corona virus.

The Pattaya City Mayor Sonthaya Khunplueam told The Pattaya News this evening while visiting Bali Hai Pier to deliver food supplies that City Officials are planning to restrict access to Pattaya City after conducting a survey of the remaining tourists and foreigners in the city in accordance with the hotel closures late last week.

There are about 2,800 tourists and foreigners still in Pattaya city.

Many people are also still coming from other areas nearby for non essential reasons despite repeated calls by officials to stay home and do not travel unless it is essential or an emergency.

Banglamung has 30 cases of Covid-19 and the most in Chonburi. Pattaya is part of Banglamung. The vast majority of cases were imported by people entering the city, primarily foreigners according to data released by City Hall.

There are two main choices of restricting access to Pattaya city, according to the Mayor:

Close by using the road along the railway in the west (local road). Only six roads entering Pattaya will be opened. This will essentially close off the majority of the so called Dark Side from being able to come and go during this period.
For Sukhumwit Road: about six roads entering inner Pattaya to be closed.
This is a map released by Pattaya City Law Enforcement of the proposed checkpoints and closure areas.

In addition, there will be a formal announcement for everyone in Pattaya to wear face masks when going outside to be issued. People refusing to wear masks or caught outside without one could face stiff penalities under Thai law.

The order has NOT been finalized and issued yet and is not yet effective. The order will likely come into place tomorrow after a meeting of the Communicable Disease Committee but has not yet been officially announced.

This is not a lockdown in which people would be required to stay home…it is a restrictive closure of the city to any more visitors. People traveling to the airport to leave the country would likely not be an issue.

Additionally, no details about who may or may not pass the checkpoints has been released at this time and will be in the final order. 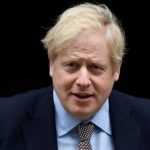 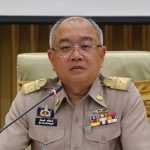 Wear face masks in public or be fined: Phuket governor