Pattaya police have arrested a man for allegedly stealing the clothes and cash of two Thai tourists who were taking a night swim.

Pattaya chief Col Apichai Krobphet said the suspect, Neng Somsoda, 39, re-enacted the theft on the beach behind the Dusit Resort Hotel on Wednesday.

Apichai said Neng was arrested on Tuesday at a rented room on Soi Na Klua 27. He was accused of stealing clothes, a mobile phone and Bt1,800 in cash from two Thai men on Sunday night. 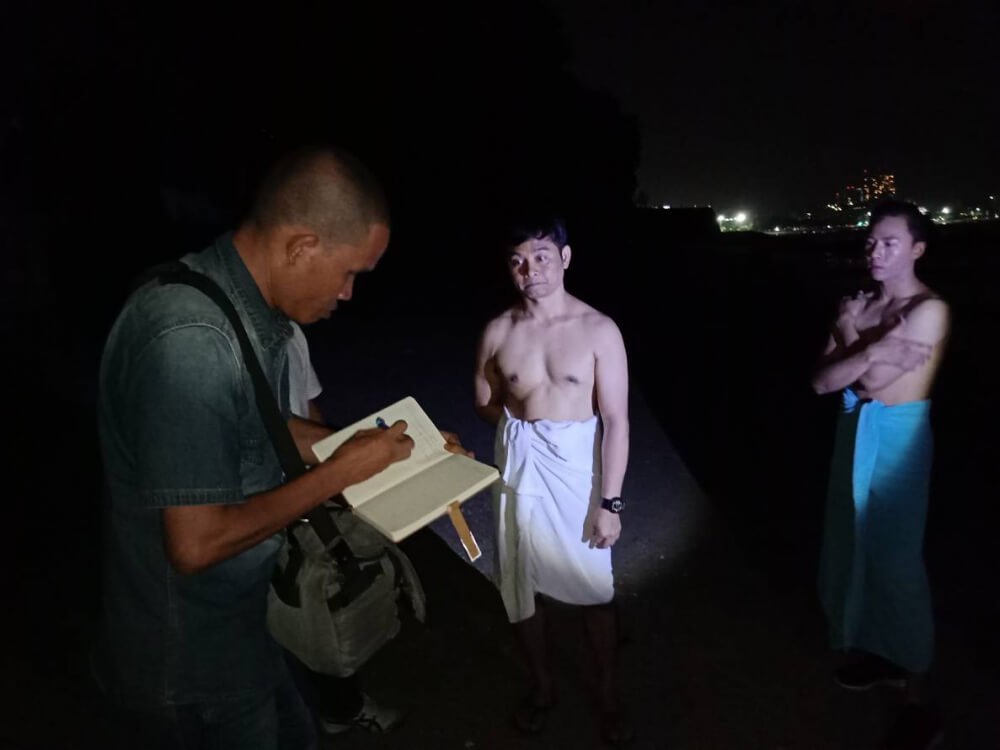 The two men, Pollawat Saengsa-ard, 42, and Chiwin Homchan, 23, went swimming together, wearing only their underwear. They left their clothes and valuables on the beach.

Passersby gave them towels while they waited to file a complaint with the police.

After the re-enactment, Apichai launched an awareness campaign at the beach, telling visitors not to swim at night because the spot is too dark, what they leave on the beach is vulnerable and they may drown without anyone to rescue them.