MAJOR POLITICAL parties have put pressure on the junta to revoke or amend its controversial order viewed as imposing restrictions on party activities and pave the way for the next election.

Pheu Thai Party acting secretary-general Phumtham Wechayachai said yesterday the National Council for Peace and Order (NCPO) should nullify the order completely and stop stalling for time. The situation today was unlike when the coup was staged almost four years ago and everyone was looking forward to an election, he said.

Phumtham yesterday said Pheu Thai would not seek permission from the junta. The party had done so before but never received a response, he said, adding that if the NCPO revoked the order, the party would be able to convene a meeting right away.

“I don’t think it’s necessary that we have to get permission every time. Rather, all the orders should be nullified,” Phumtham said. “Everyone prioritises the national interest. There’s nothing to be concerned about.”

“The NCPO should amend it after it has caused such difficulty to political parties. The Election Commission, the Ombudsman and political parties agree that it is problematic,” he said. “The confirmation of members imposed by the order is not only a burden but also a deprivation of rights.”

Since the directive was made, political parties have complained that having members reconfirm their membership was not different from resetting parties back to their founding. If members did not confirm their status, parties would lose them as members. It was also a burden to have to urge members to comply with a rule that involved a lot of documentation, they argued.

Deputy Prime Minister Wissanu Krea-ngam said yesterday that the Council of State – the government’s legal advisory agency – was writing a draft amendment to the controversial junta order. He said final approval from the NCPO was needed before an amended version of the order was announced.

“The Council of State is preparing the draft. But I don’t know when the change will be made. That will need approval from the NCPO,” said Wissanu, who is in charge of the government’s legal affairs.

The government and the NCPO were aware of the issues raised by political parties regarding the NCPO order and representatives from the government and NCPO last week met with their counterparts from the Election Commission to discuss the matter, the deputy prime minister said.

Most of the issues involved the practicality of certain clauses in the order, and amendments to the original order were expected to address those problems, he said.

When Prime Minister General Prayut Chan-o-cha was asked about calls for amendments to the NCPO order, he said the authorities involved “are considering” the matter.

The Ombudsman’s Office has asked the Constitutional Court to determine whether the order deprives political parties of certain rights and puts an additional burden on them.

In a related development, Prayut said yesterday he was going to return the controversial MP election bill to the National Legislative Assembly (NLA) so that the body could forward it to the Constitutional Court for a verdict on the legality of certain clauses.

“I will soon send it back to the NLA so that they can petition the court,” Prayut said.

Wissanu asked the NLA yesterday to petition the court as soon as possible so that a verdict could be rendered quickly.

He said that NLA members could immediately take the case to the court rather than waiting for the prime minister to send the actual bill back to them.

The NLA was set to submit today the organic law governing MP elections to the Constitutional Court for a ruling on its constitutionality, NLA president Pornpetch Wichitcholchai said yesterday.

The move could delay the election expected by February next year, but Pornpetch said the Election Commission could consider expediting the work and hold an election early.

Pornpetch said last week that he would seek a Constitutional Court verdict regarding the constitutionality of the bill only after it was clear that Prayut had not done so and had not submitted the bill for royal endorsement.

A group of 27 NLA members had submitted a petition to Pornpetch requesting that he seek a court ruling on the matter on the assembly’s behalf.

Their petition pointed to certain clauses in the MP election bill that could be deemed unconstitutional, according to an NLA member who signed the petition. These included a provision that would deprive non-voters of their right to become political officials, and a clause that would allow election officials to assist disabled and elderly voters in casting their ballots.

Critics have warned that those provisions could be deemed unconstitutional and cause the next election to be declared void. 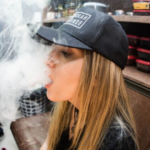 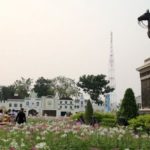