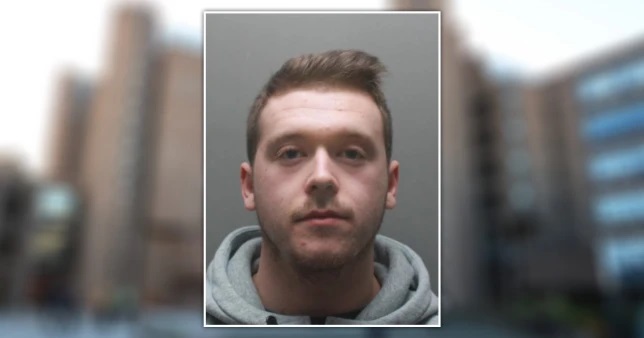 A paedophile who subjected a young boy to a three-year ‘campaign of rape’ has been jailed for longer than many murderers.

Oliver Roughley, 24, began sexually abusing the child when he was aged as young a seven, and raped him at a water park.

He groomed him by buying him presents including toy cars and teddy bears, and used violence to keep him quiet, including by twisting his arm behind his back.

Then in his late-teens, the predator kept a pair of the boy’s underwear in his bedroom and sent him messages saying that he loved him.

Roughley, from St Helens, Merseyside, first assaulted the boy when he was aged seven, and ‘told him not to tell anyone or he would go to jail and never see him again’.

Roughley’s abuse escalated to raping the youngster in the cubicles of swimming baths in South Liverpool and Splash World in Southport.

He told the boy he would leave him stranded at these locations if he did not yield to his perverted desires.

Roughley also performed sex acts on him and gave him love bites, with the abuse continuing until he was aged nine.

Police later discovered 32 pictures of the boy naked in the defendant’s bedroom – some of which also showed the sex offender – on his phone.

Additional indecent images of other children were found on his computer. But Roughley still denies having committed the vile offences.

Many horrific details heard in Liverpool Crown Court are too horrific to publish, and a member of staff present during the hearing appeared to be visibly shaken by them.

A statement read out on behalf of the boy’s mum highlighted the ‘massive impact’ Roughley’s crime have had.

She said her son had ‘become a sad and angry boy’ who had tried to take his own life ‘on more than one occasion’.

The youngster also cannot be hugged by family members as he ‘doesn’t want to be touched’.

‘It has ruined him mentally and turned his life upside down,’ the statement said. ‘I don’t know if he will ever recover. My son has been given a life sentence.’

Meanwhile, a statement penned by his grandma said: ‘How dare you subject our grandson to such pain and hurt for your perverted needs?

‘You took his innocence and childhood. You have shown no remorse for your actions and seem to think you have done nothing wrong.’

He appeared to be shaking his head at points during his sentencing but hung his head, closed his eyes and cried as he learned his fate.

Sentencing him to 21 years in prison, judge David Swinnerton said: ‘You both groomed and coerced him and bought him things so he didn’t tell.

‘You have not only damaged him badly, but his whole family. You have shown no remorse and continue to deny any wrongdoing whatsoever.

‘You deny any sexual interest in children. That is plainly a lie.’

He added: ‘This was predatory, planned persistent sexual abuse of a young child. You acted as a predatory paedophile when the opportunity was presented to you.

‘I regard this as a campaign of rape. There was significant planning and extensive grooming behaviour.’

Roughley was handed an extended licence period of five years and a sexual harm prevention order and notification requirement to run indefinitely.

He will serve at least two thirds of his sentence before being eligible for release.

Judge Swinnerton also imposed a lifelong restraining order banning him from contacting the boy or his parents and ordered the forfeiture and destruction of the seized electronic devices. 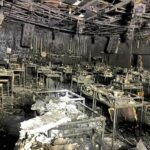 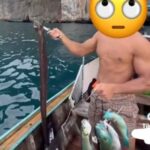