Police arrested four people during a raid on an illegal online gambling operation in Samut Prakan province on Saturday.

Four suspects — three men and a woman — were arrested after police broke into a rented house inside a community in Samut Prakan’s Phra Pradaeng district, also known as Bangkok’s “green lung”.

The suspects were charged with operating an illegal gambling site and handed to Phra Pradaeng police station for further interrogation.

Internet-crime police had traced the operation to the house via three gambling websites, according to deputy Metropolitan Police chief Pol Maj-Gen Trairong Piewphan.

He said the house could not be reached by car so arresting officers had to walk into the community in a way that did not arouse suspicion from the gang’s lookouts.

Also confiscated during the police raid were three computers, eight monitors, a mobile phone, one router, a security camera, and computer accessories, altogether valued at over 140,000 baht. 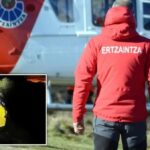 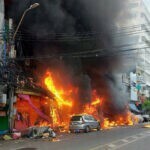