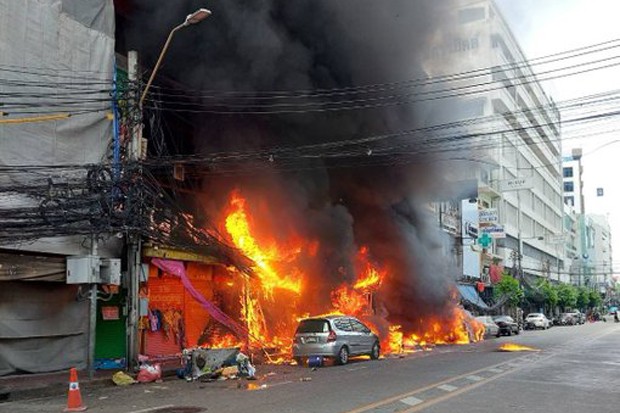 A fire broke out near Sampeng market on Ratchawong road leading to the Ratchawong boat pier in Bangkok’s Samphanthawong district. One person was reportedly killed, according to media reports.

Initial reports said a power transformer at a three-storey commercial building exploded at about 11.25am.

The explosion triggered the fire that quickly spread to engulf the commercial building with six shop fronts, sending plumes of smoke into the sky.

Fire engines and crews from the Suan Mali rescue station were deployed to combat the fire.

An unidentified person, whose sex and age were not yet known, was found dead during the firefighting operation, according to media reportes.

The fire was brought under control at about noon but was still under watch.

An investigation was underway. Damage was being assessed.