Home » NORWEGIAN HAS BEEN ASSAULTED FOR NOISE COMPLAINT AT PATTAYA BAR

NORWEGIAN HAS BEEN ASSAULTED FOR NOISE COMPLAINT AT PATTAYA BAR

A Norwegian man was assaulted and severely injured when he told staff at a bar near his house in Pattaya to lower the volume of their music late on Tuesday night, police said.

Pattaya police were alerted at 12.50 am on Wednesday to send help to a house on the opposite side of French Garden in the Jomtien Niwet housing estate in Moo 12 village in Tambon Nong Pleu in Chon Buri’s Bang Lamung district.

The Norwegian, 57, was waiting inside his house with his Thai transvestite companion. The Norwegian had a big cut on his head and rescuers from a foundation gave him first aid and sent him to a hospital.

The companion, Suwit Moomanee, said the Norwegian man walked across the road to the bar to ask its staff to turn down the volume of the music and tell the patrons to lower their voices, but he was beaten up.

Suwit said the bar always stayed open to 2am or 3 am and played loud music. Its patrons, especially foreigners, made a lot of noise, preventing people in the neighbourhood from sleeping.

When police checked the bar, its employees denied that they assaulted the Norwegian. Police then took the bar manager to Pattaya police station for further questioning.  Source: Asia Nation 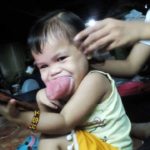 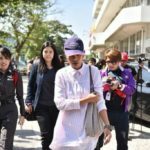