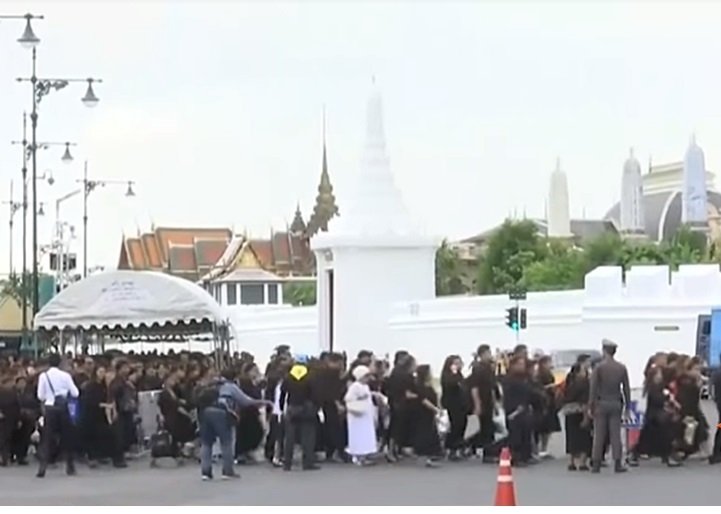 The Civil Aviation Authority of Thailand has banned the flying of drones within a 19-kilometre radius of the Sanam Luang royal ceremonial ground when the Royal Cremation Ceremony of His Majesty the late King Bhumibol Adulyadej is scheduled to be held during October 25-29.

The ban was ordered by CAAT director-general Chula Sukmanop on September 21 (attached Photo) and took effect immediately. The announcement said since the royal cremation ceremony of His Majesty the Late King Bhumibol Adulyadej is scheduled for 25-29 October 2017 at the Grand Palace, Sanam Luang Royal Ceremonial Ground and the vicinity, no person shall control or launch a drone into a prohibited area, restricted area, and danger area as published in the Aeronautical Information Publication -Thailand; and drones shall not be flown over the congested areas of cities, villages, towns or settlements or over an open-air assembly of persons.

It said that for the purpose of safety and preservation of peace and public order in the royal cremation areas; and in order to show immense respect for and honor of His Majesty the late King Bhumibol Adulyadej, the premises of the Grand Palace, Sanam Luang Royal Ceremonial Ground, and the vicinity within a radius of 19 kilometers shall be deemed “restricted areas”. Therefore, no person shall control or launch a drone into such areas, except such drones as utilized in aerial photography by the Committee on Ceremonies for the Royal Cremation of His Majesty The Late King Bhumibol Adulyadej, it said.

Any person who is in violation of the aforesaid provisions shall be liable to imprisonment for a term not exceeding one year or a fine not exceeding 40,000 baht or both, according to Section 78 (1) of the Air Navigation Act B.E. 2497 (1954). Also, the announcement said, the military officer shall have the power to destroy an aircraft from the ground, in accordance with Section 10 (3) of the Act on Treatment against Aircraft Committing Wrongful Acts B.E. 2553 (2010). This announcement shall come into force from now on. 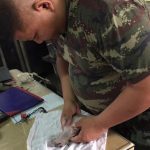 Soldier brings drowned puppy back to life with CPR 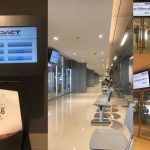