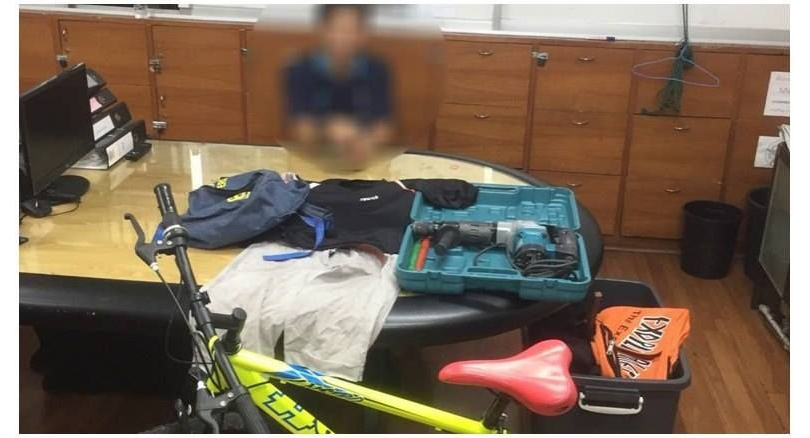 Police arrested a burglar who reportedly disguised himself as a cyclist at night and allegedly broke into more than 20 houses, stealing valuables.

He was arrested while riding a foldable bicycle with some tools for breaking into houses.

Khachornpong said Salaeng was caught on a security camera breaking into a house on Sukhumvit Soi 34 at 12.20am on June 3.

He was later seen coming out with valuables, folding his bike and taking a taxi to flee the scene.

Police later located the taxi driver who said he had dropped Salaeng off at a community on Chua Ploeng Road in Yannawa district.

Police looked out for him on the roads where he used to ride his bike and arrested him.

Salaeng reportedly admitted that he had broken into more than 20 houses in areas under the jurisdiction of Thong Lor, Thung Mahamek, Lumpini and Phra Khanong police stations.