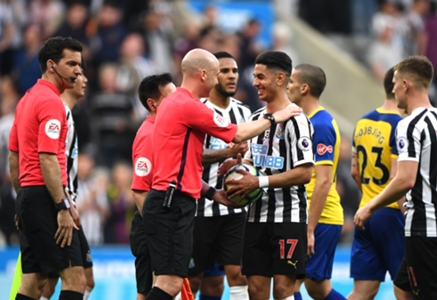 Born in Santa Cruz de Tenerife, Spain 25 year old Ayoze Pérez joined Newcastle United from Tenerife in June 2014 for a reported fee of £3 million. At the time Real Madrid, Barcelona, and Porto were said to be interested.

27 Minutes: Isaac Hayden won the ball in midfield and fed Pérez on the edge of Southampton’s box. Faced with Maya Yoshida and Jan Bednarek he still had a lot to do but somehow squeezed the ball through Bednarek’s legs and in the corner.

31 Minutes: Rondón broke down the left and crossed low into the corridor of uncertainty. Ryan Bertrand, who’d had at least a three-yard start on Pérez, failed to clear and Pérez squeezed the ball in at the far post. Bertrand should have done better.

86 Minutes: Southampton failed to clear their lines and the ball looped out towards the edge of their box where Matt Ritchie bravely headed back into the danger area. With Angus Gunn going one-way Pérez directed the ball in another from six yards with his head.

Southampton, just as they were when they beat Tottenham at St. Mary’s a few weeks back, offered nothing in the first half and Newcastle won every first and second ball. James Ward-Prowse, for a cynical foul on Miguel Almirón after 23 minutes, could well have received a straight red card. The Newcastle bench were incensed and one of Rafa Benítez’s technical team received his marching orders.

Southampton Manager Ralph Hasenhüttl made two changes at half-time. He hooked Josh Sims, who changed the game when he came on at half-time against Tottenham with a man of the match performance, and Jack Stevens who’d looked well out of his depth in the first half. On came Stuart Armstrong and Mario Lemina who hadn’t featured for 13 games due to an abdominal strain.

The shakeup worked and the pair combined to bring Southampton back in the game in the 59th minute. Armstrong controlled a ball on the edge of Newcastle’s box and Lemina took over and curled a right foot shot right into the corner. Southampton followed that up with a flurry of corners and Yoshida, making himself a nuisance as he always does, could, and perhaps should, have scored twice.

Man of the match: Ayoze Perez 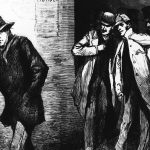 You Won’t Believe Who Jack The Ripper Is 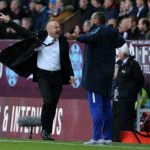