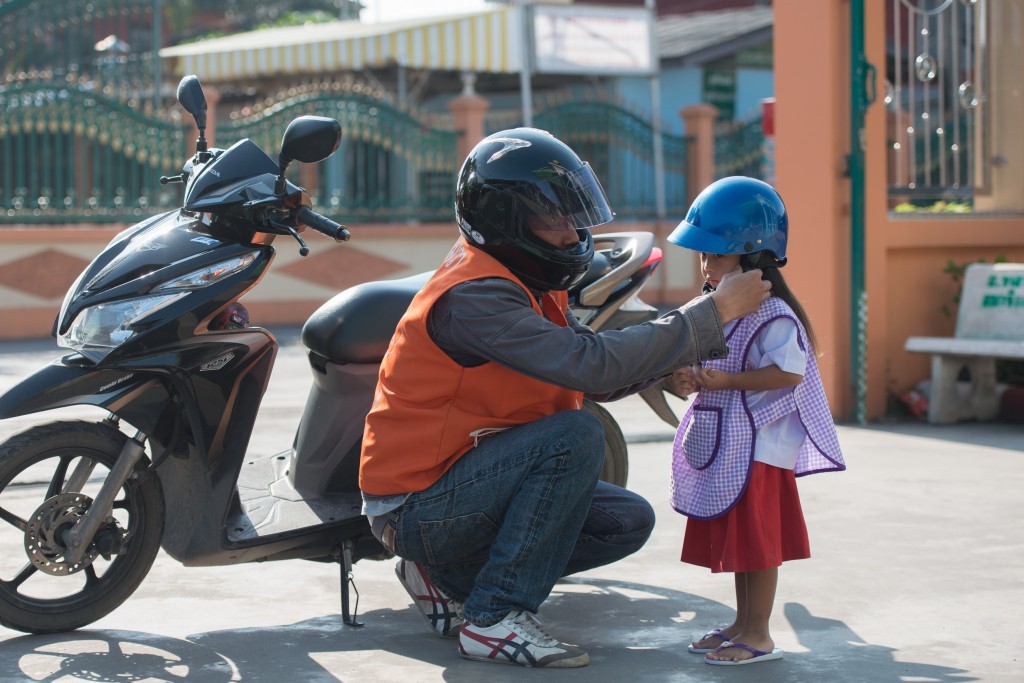 At last, a new campaign is to be put in motion tackling the issues of bike safety on Thai roads, and it will be starting from the bottom up, targeting young children.

To fully understand the extent of the problem, all you have to do is look at the latest statistics from a survey done by the Save the Children group. They show that the number of Thai children wearing crash helmets while traveling on the back of a bike seat has quadrupled from previous years to a measly 30%. This means that before this year, less than 10% of all children riding on the back of motorbikes in Thailand actually wore a helmet.

The group also pointed out that over 2,600 children die from motorbike accidents every year, and most of the time the use of a helmet could have potentially saved their lives. That figure represents around 7 fatalities per day. Way to many!

The new campaign intends to highlight these shocking figures, and teach children from an early age why it is so important to wear a helmet when travelling on a motorbike.

According to the World Health Organization, the number of Thailand’s road fatalities is ranked second in the world.  Unfortunately it has been this way for far too many years, so it’s about time that something should be done to tackle to problem.

Junta Trying to put a Leash on the Media