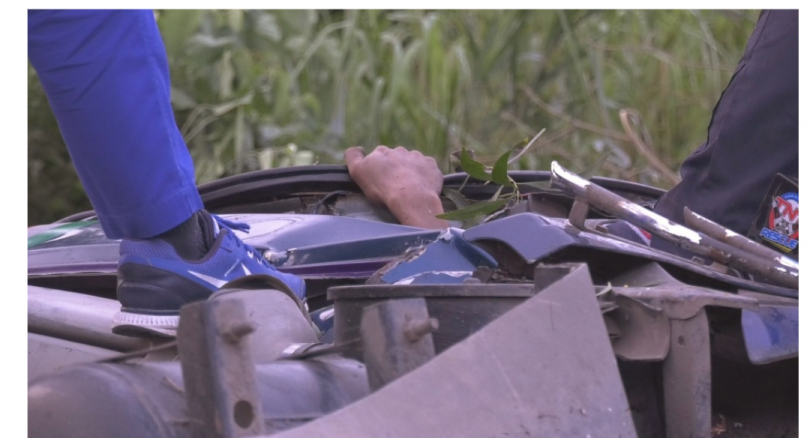 Rescue workers had to lop off the branches of a big tree to extricate two victims who were trapped after their truck overturned in Chon Buri province on Sunday morning.

The accident occurred when Tanadol dozed off, sending his vehicle off Sukhumvit Road and crashing into a big tree.

Rescue workers rushed to the scene soon after receiving a report on the accident. Although the victims were not seriously injured, their vehicle was trapped between the branches of the tree, preventing them from coming out. The rescuers had to cut the branches off to pull them out.

Police said the truck left Chon Buri at 1am to deliver products to Trat province. Tanadol reportedly felt sleepy along the way and made several stops. 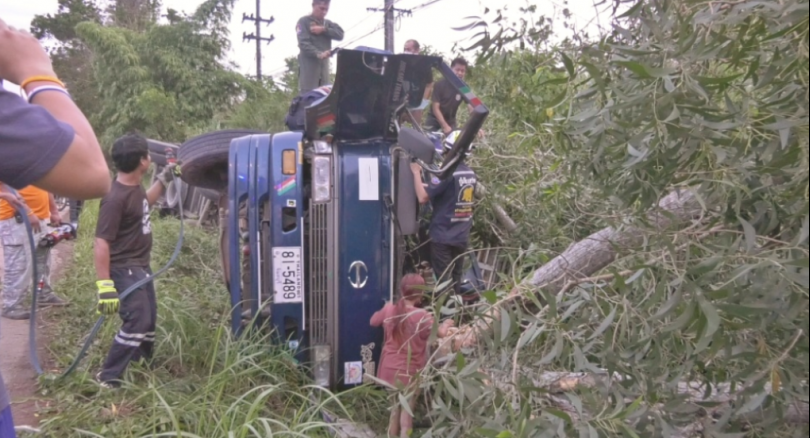 Mourinho bemoans losing at his own game to Chelsea’s Conte